Annette Funicello started out as a Mousekateer.   Prior to donning a bathing suit and appearing beach party movies (and making some pretty bitchen records) Annette was beholden to Disney.

So here we have one of those Disney records exploiting her Italian heritage. 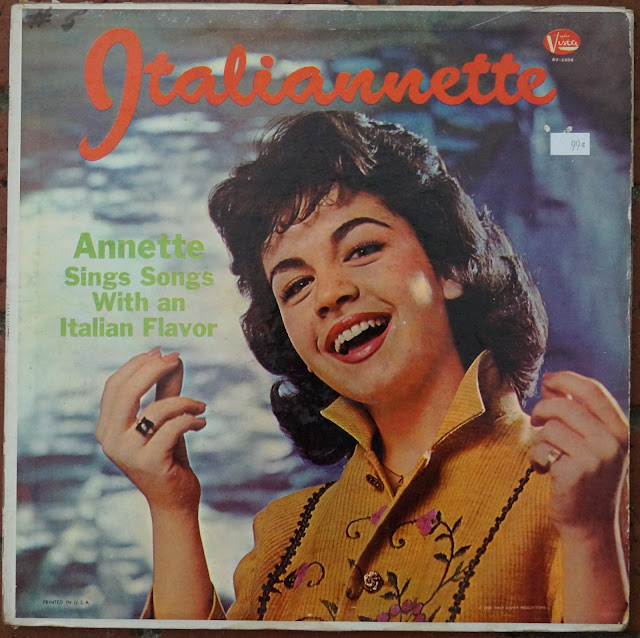 The rear cover is a bit torn up.  This record was in the dollar bin at The Last Bookstore in Los Angeles.  We're treated to a picture of Annette eating Pizza. 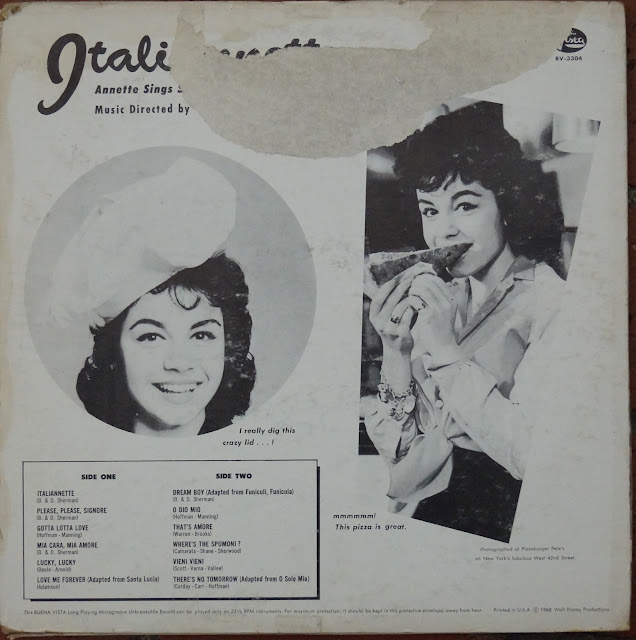 And rare for survival these days - the record included the original inner sleeve.  Annette seems to be in a transition period between gym class and beach party. 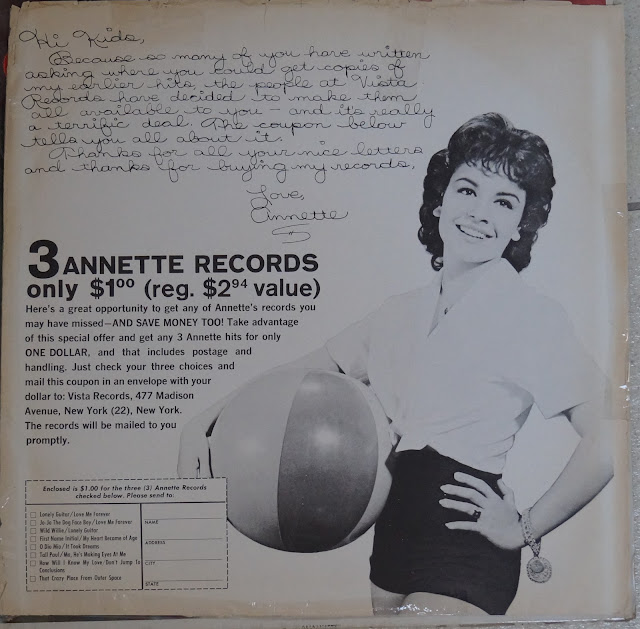 I have spotted Annette in public twice.   The first time was when I was out to dinner with my parents.  We were in spot where we could clearly see her table and what was on her plate.  It wasn't pizza.   As my mom observed:  'It doesn't look like Annette liked her food very much.'

Later in life, Annette didn't live too far from where I currently reside.  She suffered from MS as was confined to a wheelchair.  This was the case on my second encounter.  I was with my kids at the Costco in Van Nuys, CA food court.  Annette was there with her family/caregivers.   Her caregivers were feeding her some of that delicious Costco pizza.  My kids were actually excited when they realized who she was.   We had been watching the beach party movies.  They wanted to talk to her, but I advised against it.  It was best to let her be.

As Annette says in the caption above.  ' mmmmm!   This pizza is great!'  Although she could not speak, I'm sure that's what she thought at Costco.  Who wouldn't.   She had the combo - or as my daughter used to say  - 'The kind with all the food on it'