Vaughn Meader and The First Family.

I don't believe I have ever been to at thrift store where it wasn't available. 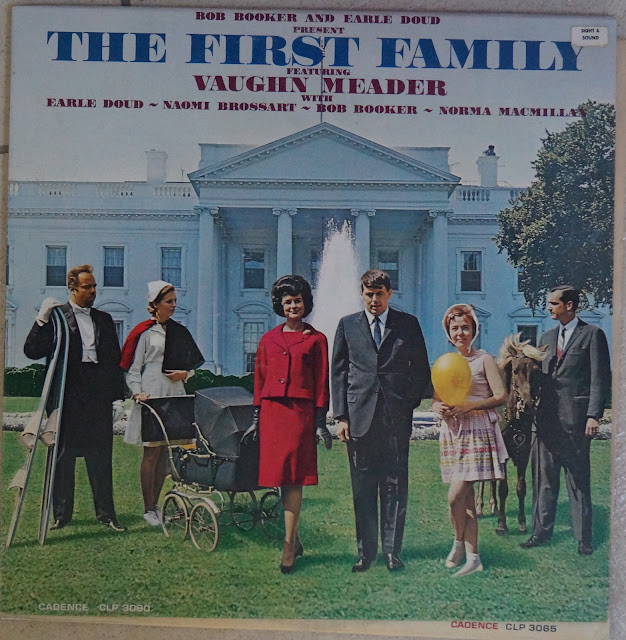 It sold 10 million copies and won a Grammy as Album of the Year in 1963.  It spawned a sequel.  It permanently identified Vaughn Meader as the guy that does JFK.

Not to let a perfectly good record go to waste, a sequel was released a few months later. 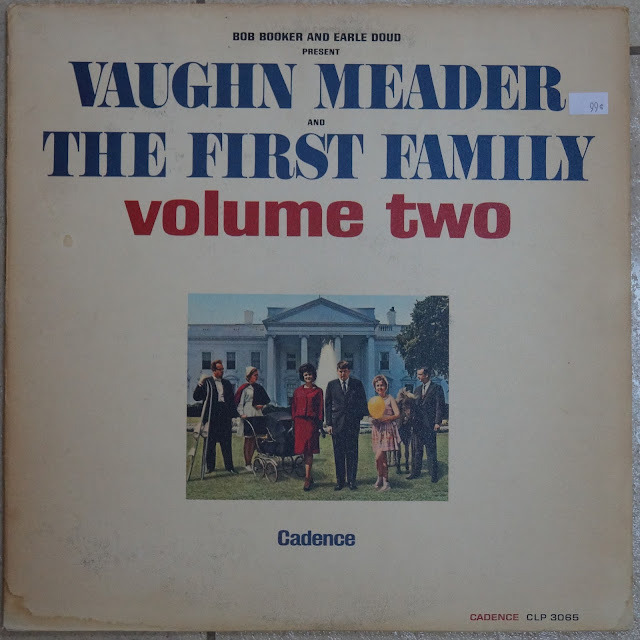 So rushed were they to get this out, they used the same picture.  Vaughn was on the road soaking up (what he hoped would be) his two terms of fame.  It did not sell as well due to some events involving Kennedy in 1963

After the assassination, the record was pulled from the shelves.  Vaughn Meader's appearances were abruptly cancelled.  Even non JFK related guest spots on sitcoms got pulled.  He was so associated with JFK, that nobody wanted to see him during this period of mourning.

His career tanked and he moved back to Maine where he ran a bar.

Lenny Bruce was right! According to legend, he stepped on stage the night of the assassination and stood quietly.   To an audience expecting a comment on the events of the day he said 'Boy, Vaughn Meader is fucked.'