Don't know much about this one, but I tend to see it often in thrift stores.
Let's do a quick analysis of the cover.
1.  It looks to me like everyone is getting drunk and seeing if they can get the dog to sing.
2.  They're in an upscale mid-century modern house.
3.  They all seem to be having a great time.
4.  The dog is wearing the Four Roses Society pendant on his collar.
5.  And - the reason this gets lumped in with my record covers with records series - a turntable that is obviously hi-fi enthusiast level.  A single play table with a counterweight.   Most consumers in this era went for consoles with heavy-ass tone arms. 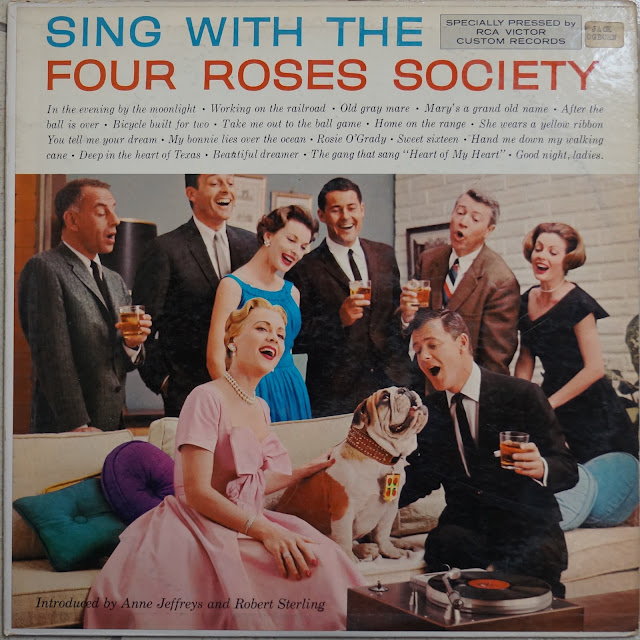 Now we come to volume 2.

The mood is more subdued.  The house isn't as upscale.  There are no drinks. The fire appears to be coming DOWN the chimney like a flamethrower.

The turntable has gone from hi end audiophile to one of those school portable players.

Check out the guy in the brown top center.  He looks positively pissed.  My guess is he brought his cherished record and can't stand it being played with a three pound tonearm.  His wife is kicking him not to say anything, but his expression doesn't hide his anger. 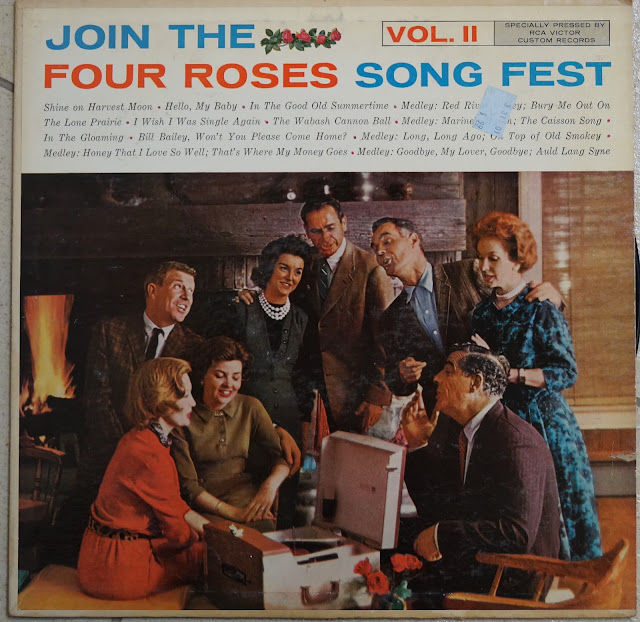 And let's not let the blo-hard in the lower right go unnoticed.   Everyone else is trying to sing a long.   He's pontificating about something.   The women in the lower left are pretending to be interested, but I'm sure they'd rather sing.