When Great Artists are Commissioned to do Album Covers

Over the years, great artists have been commissioned to do album covers.  Warhol, Dali, Rauschenberg, etc have all done it.

My favorite artist has done very few.  Here's one commissioned by Adrian Belew's band The Bears.

Cover art by Mort Drucker of MAD Magazine fame.  The illustrator gave us many a classic movie parody strips over the years.    Who could forget 'The Poopsidedown Adventure,' 'Balmy and Clod,' 'Rosemia's Boo Boo,' or 'The ECCHcorsist' 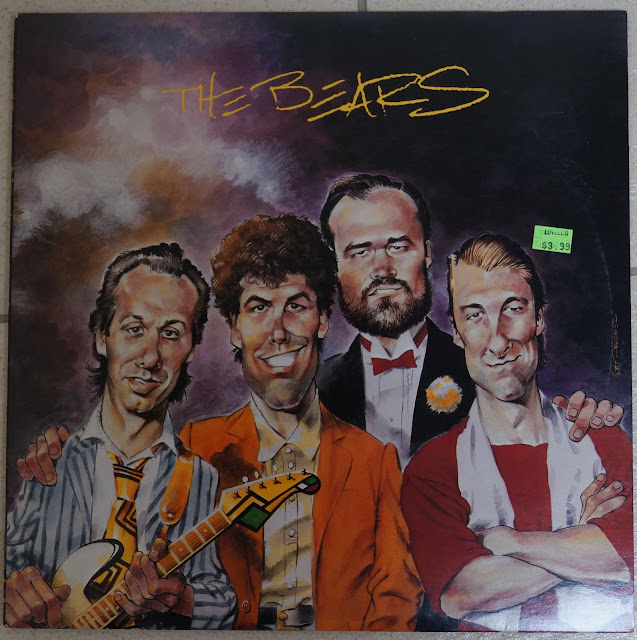 A side note on Adrien Belew.  He was discovered by Frank Zappa's chauffeur in Nashville.  Frank saw him and recruited for his Shiek Yerbouti/Baby Snakes era band.   Eno was at a Zappa concert (I'd love to hear more on that), saw Belew play an recommended him to Bowie.  He ended up on the 1978 Bowie tour.   From there he was an auxiliary player on Talking Heads Remain in Light and subsequent tour.   At some point he was introduced to Robert Fripp and became a member of the '80's era King Crimson.  Not a bad stroke of luck and networking.    And a pretty bitchen guitar player too.

The Bears is Belew reuniting with old bandmates from before he set off on his journey through the big time.