Peter Gabriel left Genesis in early 1975.   He took with him the vision, wit, experimentation, personality,  lyrical proficiency,  etc.  In other words, everything that made the band great in the early days.  Genesis went on to massive success after Gabriel left by gradually watering down their sound to the point they sounded like The Wiggles.

Gabriel went on to release impressive work.  His first four albums had no title.   The next few had two word titles (So, Us and Up).

Some artists will release the occasional single in a different language.  Gabriel went took it a step further.  He recorded vocals in German for entire albums.

Gabriel's third album is commonly referred to as 'Melt' in reference to the cover, an altered Poloroid.  The mix is the same as the 'normal' version.  Only the vocals are redone. 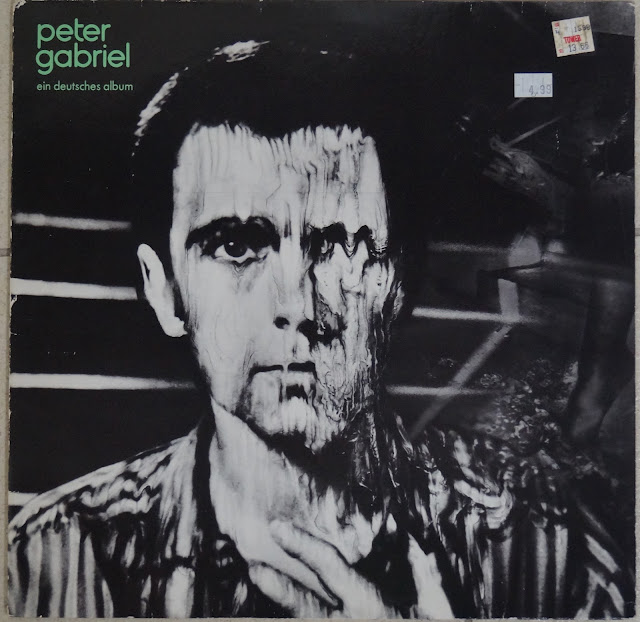 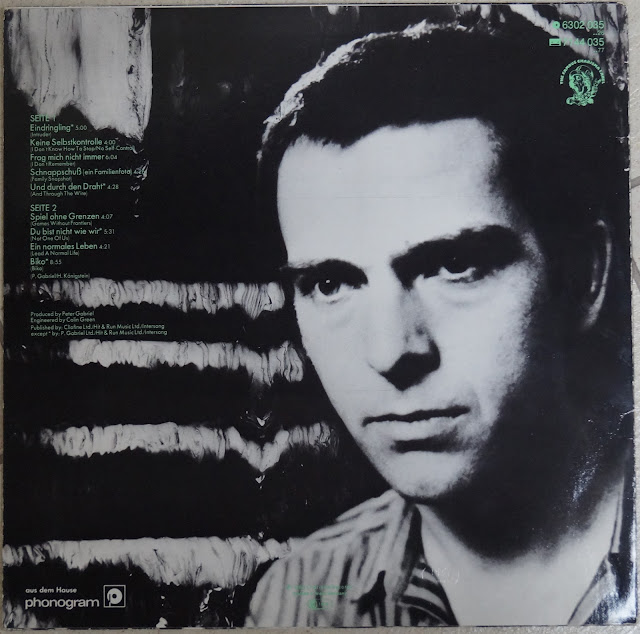 If you read German, you can read the liner notes on the insert.  The inner sleeve contains the lyrics in English.  The insert has a German translation. 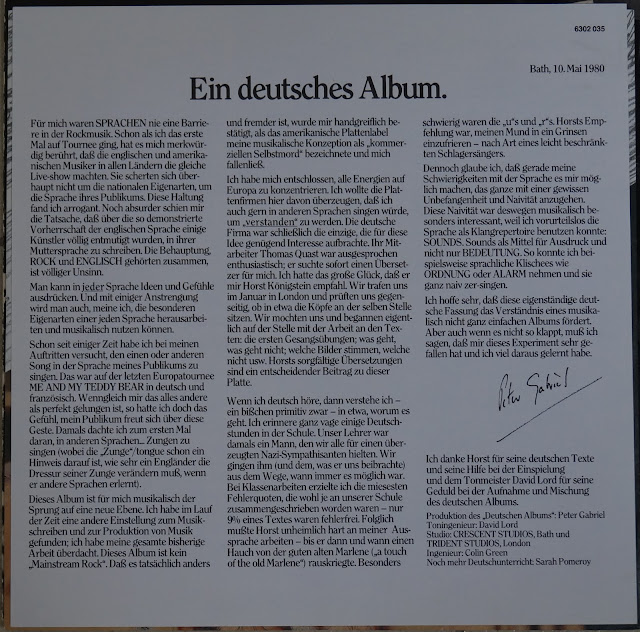 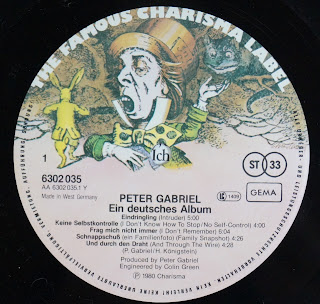 The same treatment was also used for the fourth album

The fourth record was entitled 'Security' in the USA.    The was only on the label.  The album title did not appear on the cover or the spine. 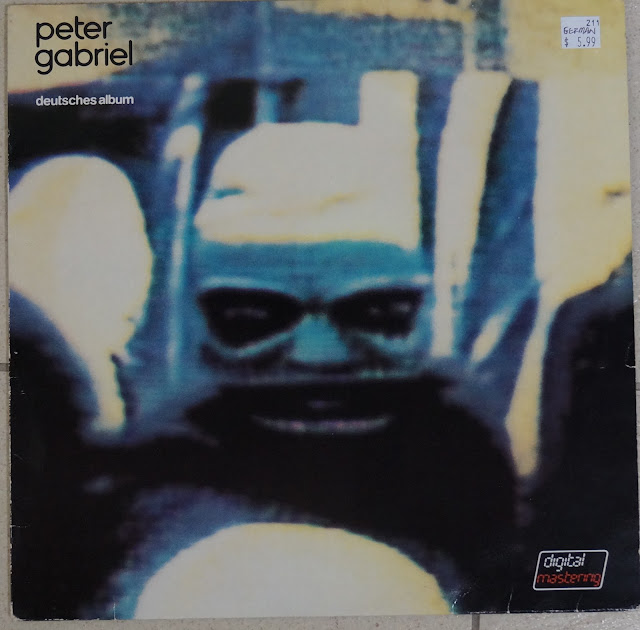 This time out, the album was completely remixed and re sequenced.   Some tracks are longer. 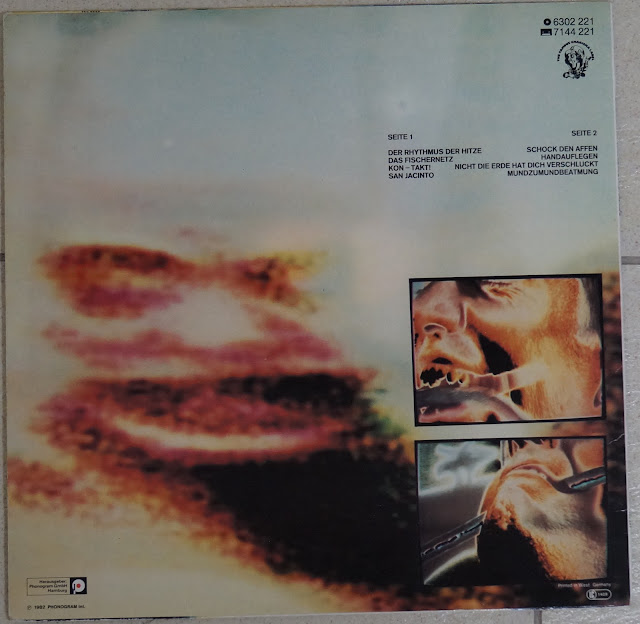 The inner sleeve is completely in German. 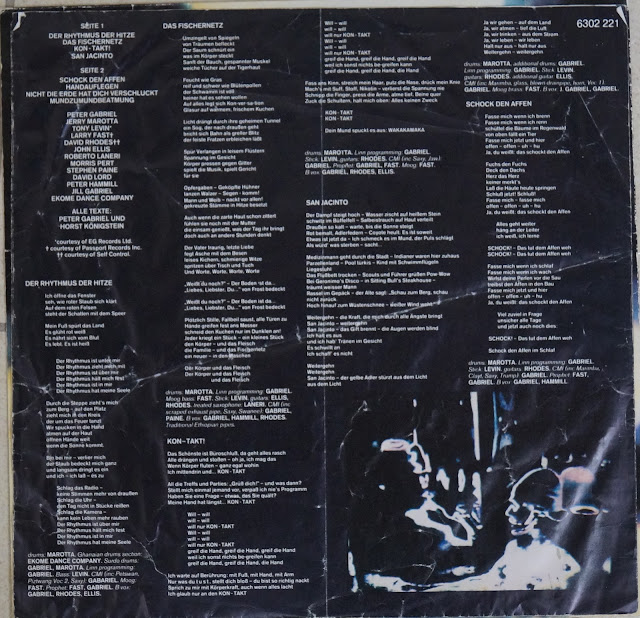 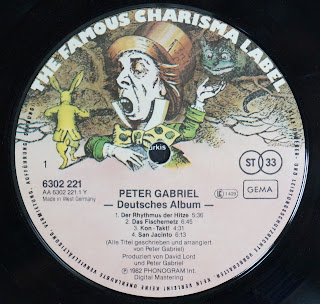