Liner notes are a funny thing.  It's not often you get them written by politicians when the artist is striving for hipness.  Sure, rock stars support candidates.   Witness the Obama inaugural galas.   Witness the Trump galas - the best he could get was a runner up from America's Got Talent.

So here we have Tommy James & The Shondells.  I stress Shondells.  I once proved a trivia master wrong when my team got dinged for not mentioning Shondells when identifying the artist that performed Draggin' the Line.    That track was after Tommy went solo.   No Shondell was harmed during the making of that record.  My smartphone with a link to 45cat.com helped me out.

Coincidently I'm listening to King Crimson while composing this post. 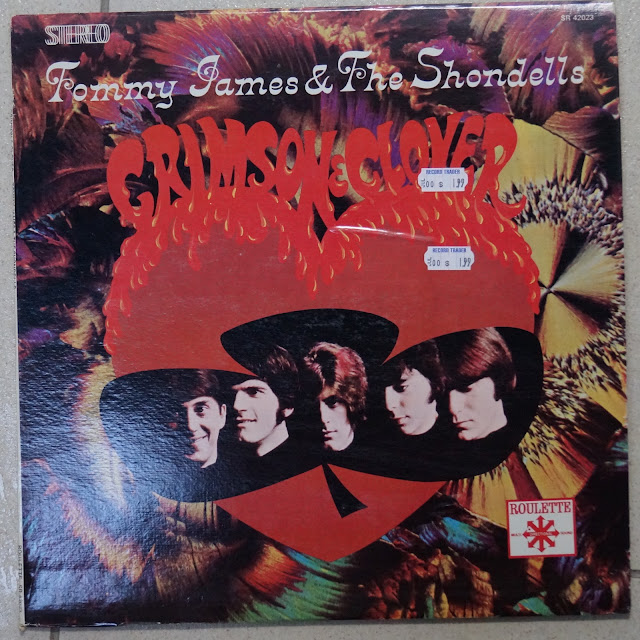 Fresh off his defeat by Richard Nixon in 1968, Hubert Horatio Humphrey took time out of his busy schedule to write a thank you note to Tommy James.  Noted in the text is that Tommy 'cooperated enthusiastically' during the campaign.  Sounds like somethig a Bond villain would say.  Tommy was so tickled he put on on the back of his most psychedelic album 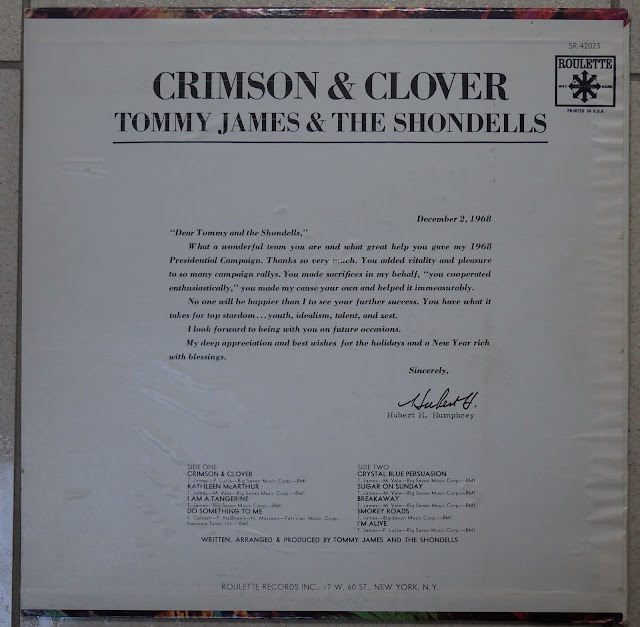