Of all the bands that came out of the first wave of the LA Punk Scene, The Screamers were one of the best.   Their lineup features two keyboards, drums and vocals.  No guitar.   This doesn't mean they weren't loud and raunchy.  Quite the opposite.   They never released a record.  While up in Berkeley recently, I came across this bootleg of demos. 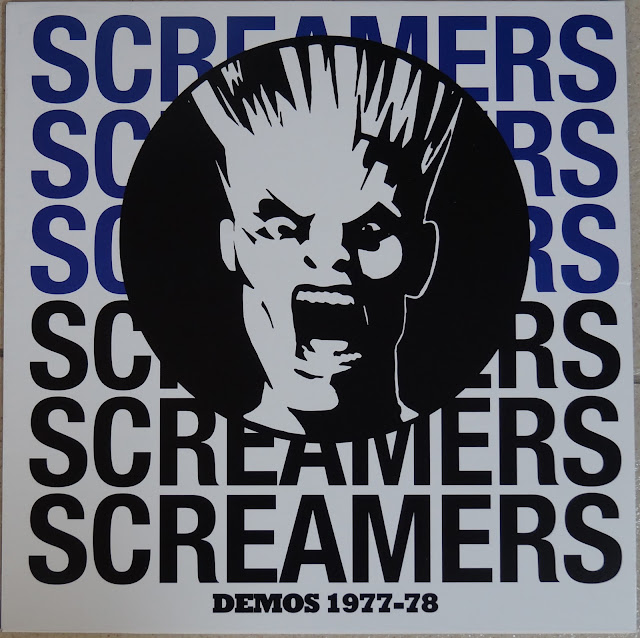 The band was fronted by the charismatic Tomata Du Plenty.    A maniac in the highest order onstage who had the appearance and mannerisms of someone who just put his finger in an electric socket.   The drummer, KK, played a massive battleship gray set that was heavy on the bass and tom.  The keyboards screamed with electronic distortion. 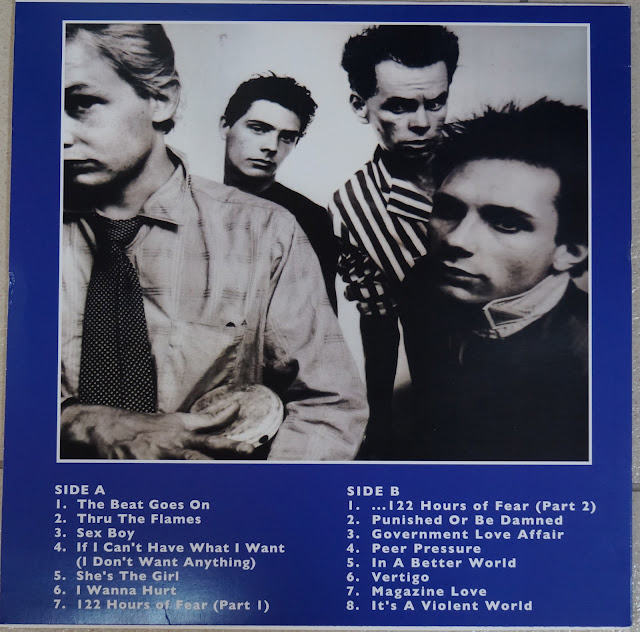 The band's logo, designed by artist and punk scenester Gary Panter, went on to be an iconic representation of the LA punk scene.  The band was the first unsigned band to play the fancy ass Roxy nightclub in Hollywood.  7/21/79.  I was there and have a stub to prove it.  Tomata held his breath onstage until the veins on his neck popped out and his face got red.  How punk!

Blue vinyl bootleg with band logo on the label. 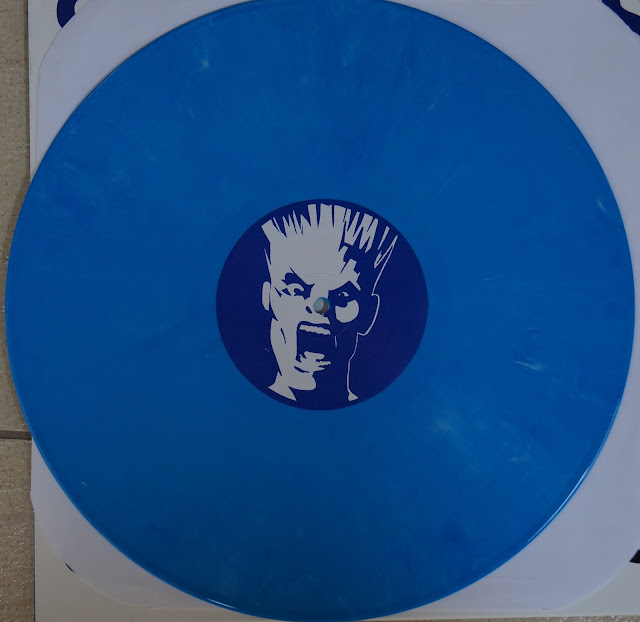 Tomata went on to a career as an artist and later died of AIDS.

KK (Barrett) went on to success as an art director in film.   According the an anecdote in the John Doe book, KK was a skilled artist during the punk era and would replicate the re-entry handstamps from the Starwood on his friends hands enabling a bunch of people to get in for free.  He later received and Academy Award nomination for his work on 'Her'