While in the Bay Area of California last weekend to attend the Burger Boogaloo, I came across this oddball Rolling Stones cover at Amoeba, Berkeley.

The content of the record is the standard non-American full length version of the album.   The cover is quite different. 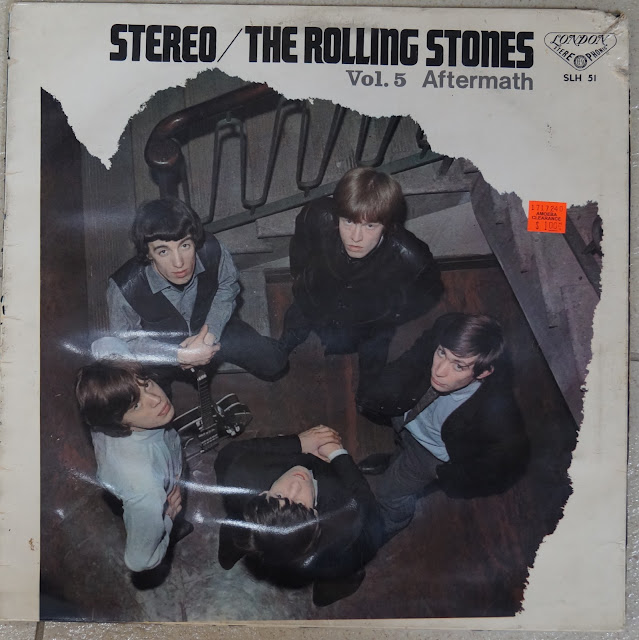 This appears to be part of a Japanese box set.

The back shows a shot from Franklin Canyon  - above Beverly Hills.  It's close to where I live. I could ride my bike there and have often tried to find the exact location of these iconic photos.  I don't imagine they're far from the road. 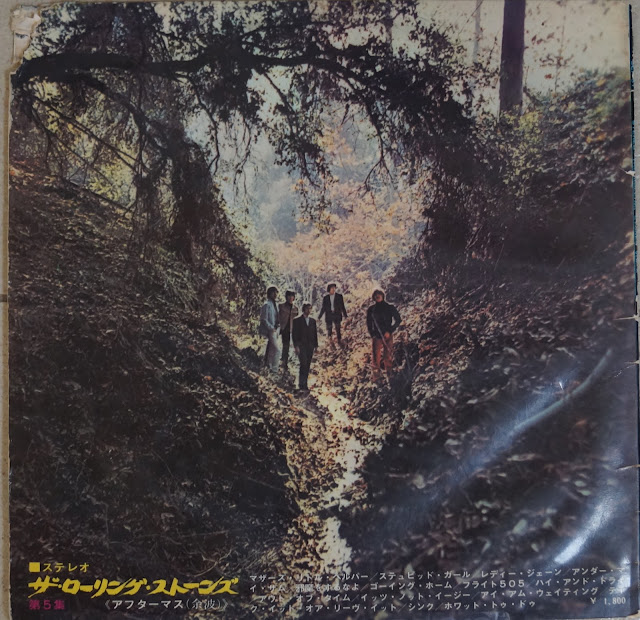 The gatefold contains some of the same photos as High Tide (and Green Grass).   And we get the lyrics in Japanese.   I would love to see an English translation.   They're often completely wrong and quire humorous. 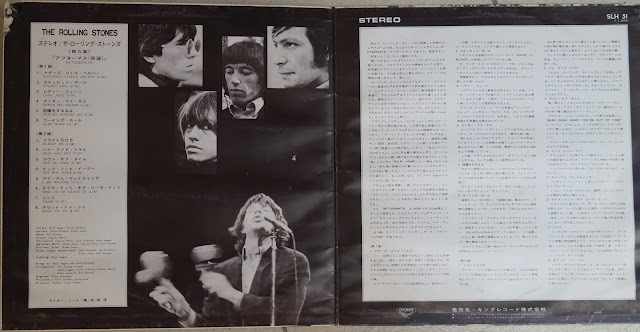 Label is a black London export.  I don't believe I've ever seen this. 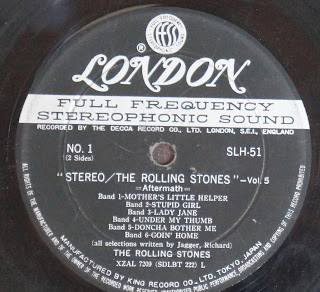 The record is completely hacked.   I'll stick to my UK pressing from the '70's.