After about 60 years in the phono cartridge business, Shure has discontinued production of all phono products.  Crap!  Now what? 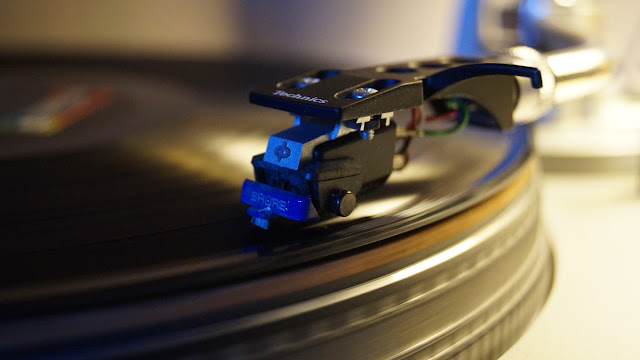 I've been using them for years.  (Seen above enjoying Steppenwolf At Your Birthday Party)  After years of honing tone to match the cart, I've got both my systems set just the way I like them.  They'll track anything - even the grittiest of thrift store records.  They come with a handy brush that keeps whatnot off the needle.    I just love them.

I'm curious about the decision to do this now.  Do they think the vinyl biz is going to shrivel?  Are they convinced that the Crossley's of the world are taking over decent consumer grade tables?

Since I replace the styluses regularly, what am I to do?

I thought about stockpiling a few, but was late to the announcement.  Even on Amazon, they're out of stock.  Resellers are asking too much for them.  There might be replica styluses to fill the void, but I'm not sure I trust them to be of Shure quality.

So I might be an Ortofon user in the future, which means I'll be spending a year tweaking the EQ on the receiver and the crossovers on the speakers.  Or perhaps I'll try an Audio-Technica again (didn't like the one I had years ago. Thought it sounded thin and metallic).  Or perhaps a Stanton if they still make them.

Even with the vinyl resurgence, the economy of scale on production will definitely see an increase in price going forward.   Brace yourself.