Some Great Albums rejected by the US Record Company - John Cale 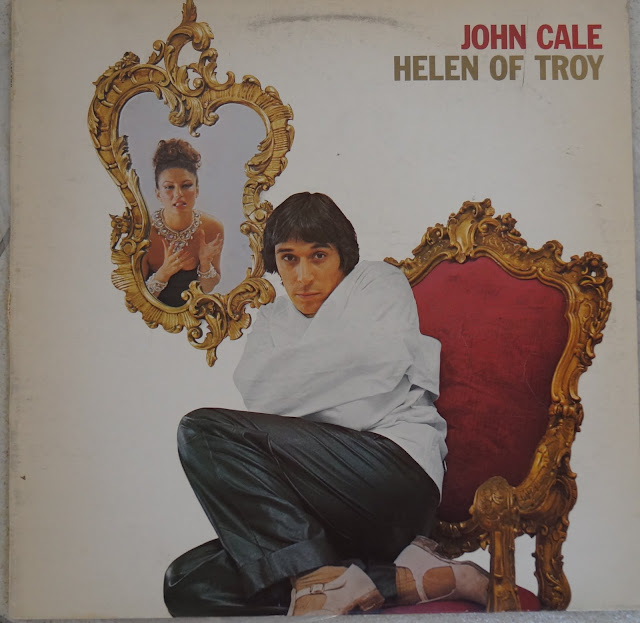 This is the third in a trilogy of LP's John Cale made for Island Records.   I became acquainted with the first two (Fear and Slow Dazzle) when Island dumped most of their catalog in the cutout bins prior to going with Polydor.   This third LP (I assume) got lost in the shuffle.  I didn't even know it existed until I saw it in an import bin at some long forgotten store near UCLA.    So, of course I snapped it up.

It was recorded with Richard Thompson's rhythm section along with guitarist Chris Spedding.  Augmenting the lineup we get Eno and Phil Collins (back when he was a great drummer - before he became 'Phil Collins'). 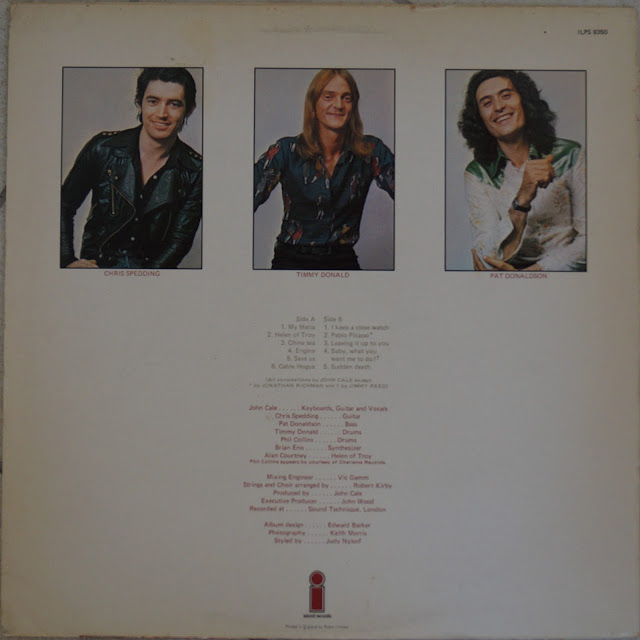 Songs are some of Cale's best.   From the beautiful ballad I Keep a Close Watch to the trippy frenzy of the title track.

The first pressing includes Leaving It Up to You, which was replaced with a different song on later pressings.  Some folks objected to the line 'We could all feel safe like Sharon Tate.'   Whatever.  It remained in Cale's live sets for years.   Oh - and they didn't bother to change the label on the second pressing.   It still lists the title.  The only way to tell is look at the record itself.  Does track 3 on side 2 look loud or soft.  If loud, you have the original.

Two covers round out the package. Jonathan Richman's Pablo Picasso (Cale produced the original Modern Lovers recording) and Jimmy Reed's Baby, What You Want Me To Do.