We have a new president and the world hasn't blown up yet.  Well, maybe it has by now. I'm writing this post a good two months before it's scheduled post date.

In the 60's it rose to a head and the establishment had to take notice.  The voting age was dropped to 18.  The war in Vietnam had to go and even the war hawks agreed.

In 1969, renown exploitation studio American International Pictures cashed in.  They produced 'Wild in the Streets' which gave a 'what if' scenario of a radical young rock star becoming president.

In the film we are treated to such things as Shelly Winters trying to become a hippie and congress being dosed with LSD.

It produced a bitchen soundtrack album as well 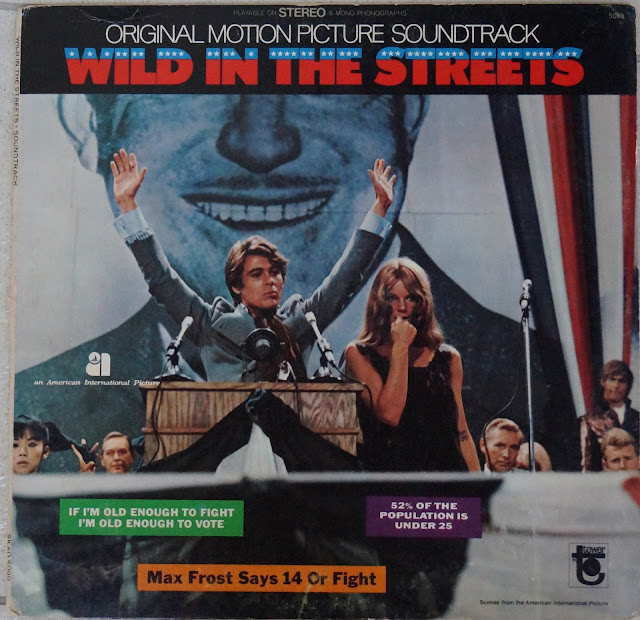 Great songs on this as well.  'Fourteen or Fight,' 'Fifty Two Percent' and the Classic 'The Shape of Things to Come.'    Songs by Brill Building tunesmiths Weil/Mann 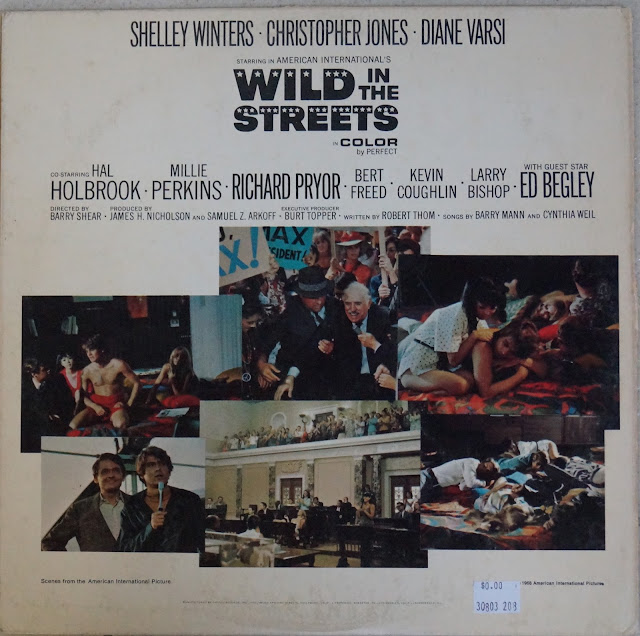 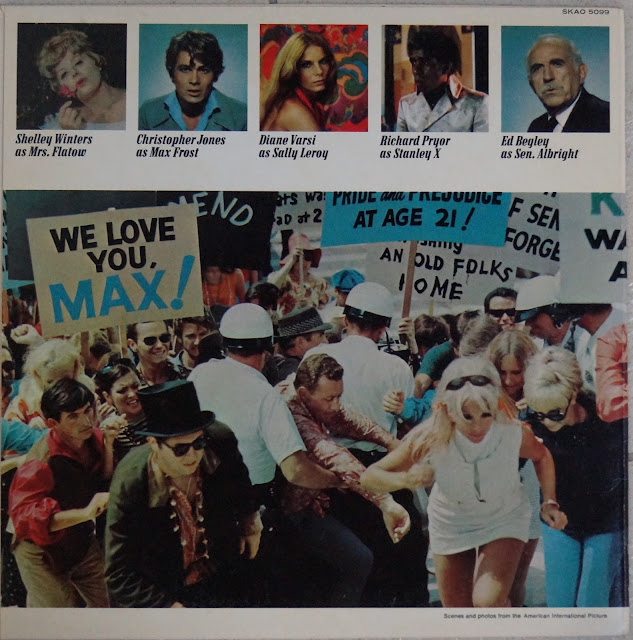 So see it if you can.  Everyone over 30 gets dosed and thrown into a concentration camp.