A stupid game that's so catchy it stood the test of time.

You can't say she's a one hit wonder as she had another hit, The Nitty Gritty. 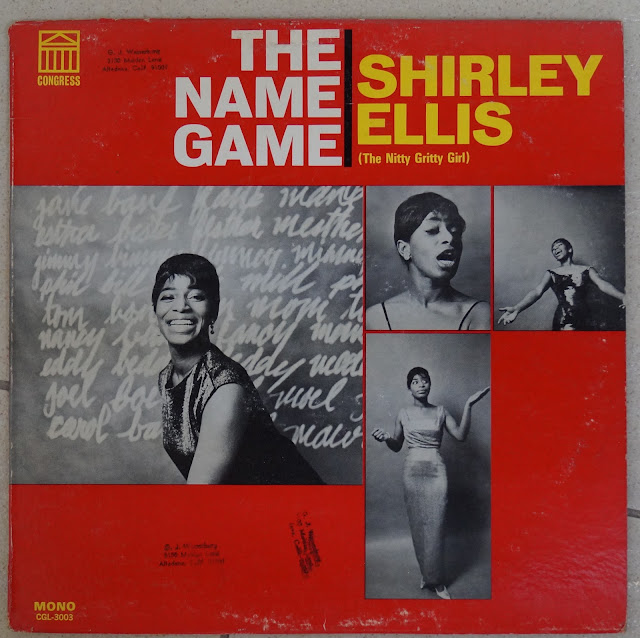 It's a fun game to play,


Using the name Katie as an example, the song follows this pattern:

A verse can be created for any name, with X as the name and Y as the name without the first consonant sound (if it begins with a consonant), as follows:

And if the name starts with a b, f, or m, that sound simply is not repeated. For example: Billy becomes "Billy Billy bo-illy"; Fred becomes "banana fana fo-red"; Marsha becomes "Fee-fy "mo-arsha

I feel sorry for those named Chuck or Mitch.    They couldn't play at school. 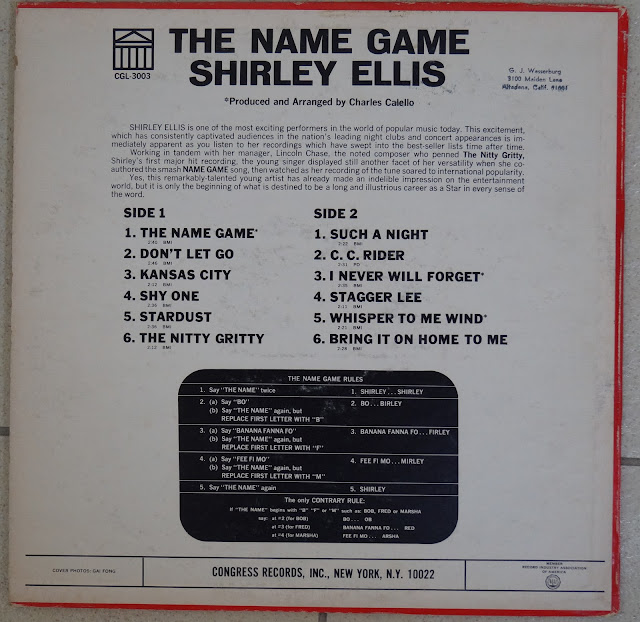 It's on Congress Records.  If only our congress could hammer out something as time tested. 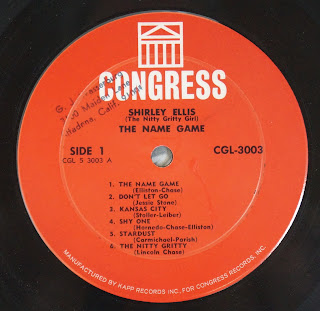 The record bears a stamp of a previous owner with an address in Altadena, CA.  I wonder if they expected it be returned via the USPS if found.  I'm tempted to drive by the house to see what kind of neighborhood it is.  I'm sure it's quite different from how it was in 1964.