Dylan at the Newport Folk Festival

In the early '60's, folk music was being embraced by college students across the country.  This led to a cultural and political awareness which, in no small part, gave way to the hippie and anti-war movement later in the decade.

I'm not a great folk music historian. The genre pretty much came to fore with Woody Guthrie during the depression.  He rambled the country writing and singing about the ordinary people who were swept up in poverty and injustice.

The Newport Folk Festival was the place to be to hear songs written by your left leaning heroes.

Vanguard records released a recording featuring performances from the 1963 festival. 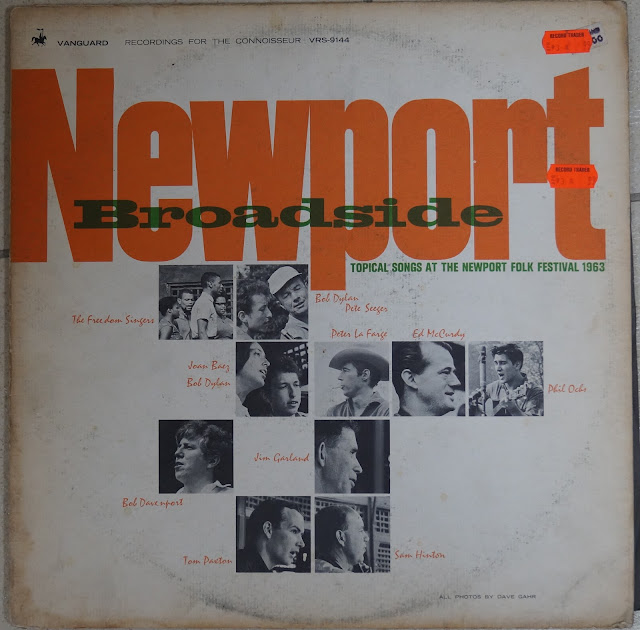 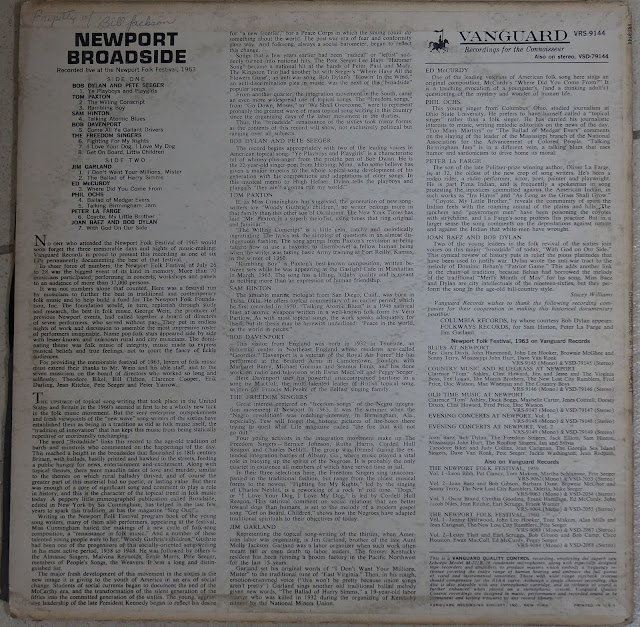 For all the free and progressive thinking at the festival, they weren't very tolerant of Bob Dylan two years later at the 1965 festival.

Bob decided to change his sound a bit by bringing in electric instruments.  Lefty folk king Pete Seeger was so outraged he threatened to take an axe to the power cords.   So much for free thinking.  You may think freely, but if you don't think freely in the manner of which we dictate, you get the axe.

Which brings me to the Vanguard label. 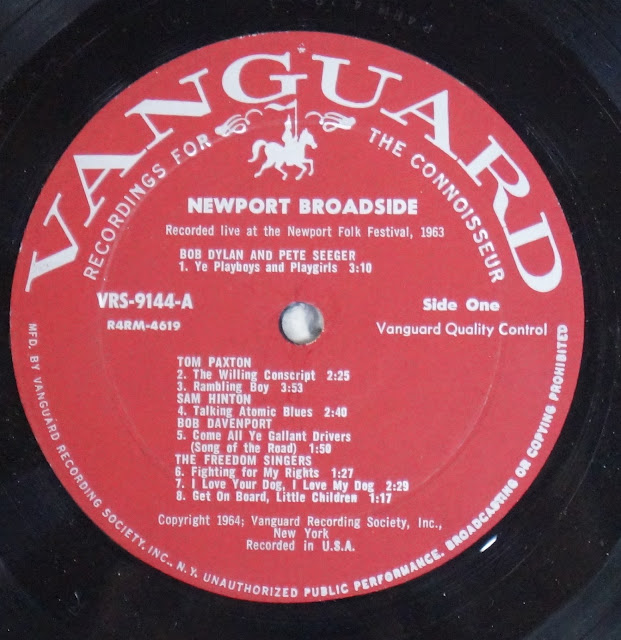 A folk label that had most of the lefty folkies on their roster.  Why then would they choose a logo which reminds us of The Crusades.  Are they celebrating the moment in history where people were killed for thinking differently? 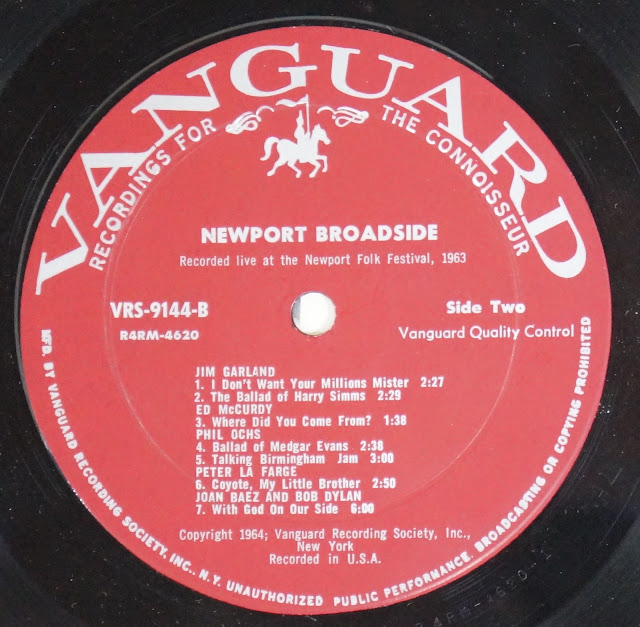 Vanguard pretty much stuck to their folky guns until they went rock and signed Country Joe and the Fish in 1968.