At the end of 1982, The Clash release the album that pushed them into the mainstream.   Combat Rock came out just before the band began to implode. Before the record was released, they sacked their drummer and toured without him.  At the conclusion of that tour, they sacked Mick Jones - who co wrote all their songs.    The end was near.

The lead off single and lead off track from the album. 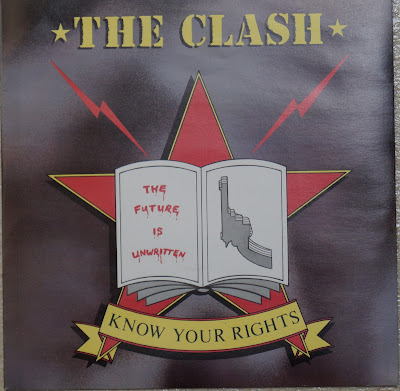 And the single came with a sticker.  I'm glad I wasn't compelled to stick it on anything. 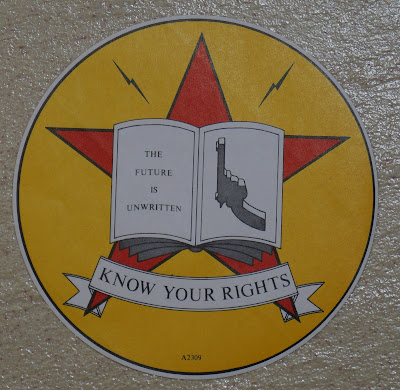 The second single and probably the biggest hit of The Clash's career. 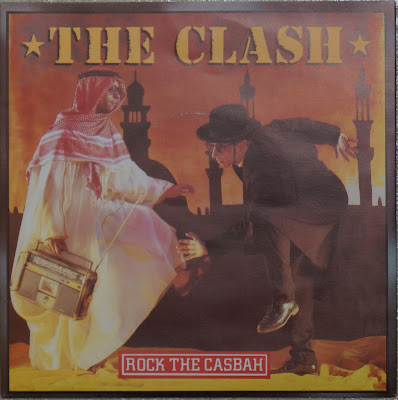 This one also came with a sticker 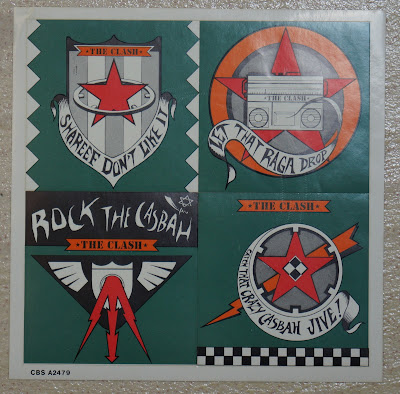