DEVO (short for De-Evolution) pulled itself together by a bunch of art students from Ohio.  Their milieu included film, video, costuming and a satirical message.  Mankind is devolving due to mass stupidity and consumerism.

With the release of their third album, DEVO fully embraced band merchandising and took it to a comical nth degree. 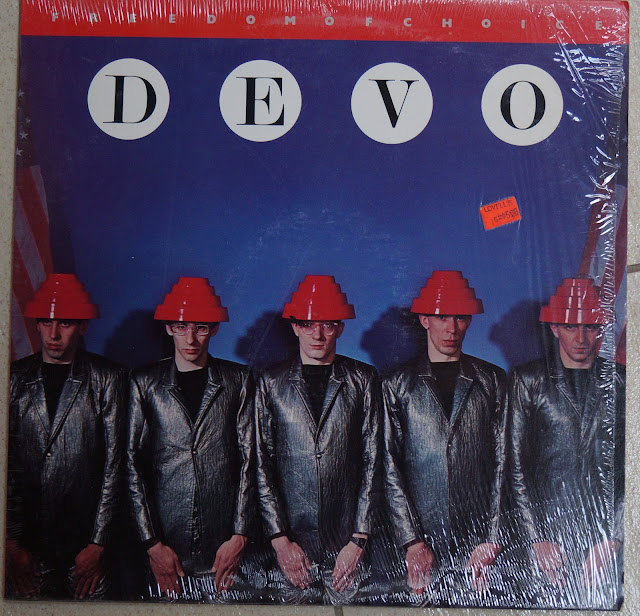 The inner sleeve was an ad for merchandise.  They even took credit cards. 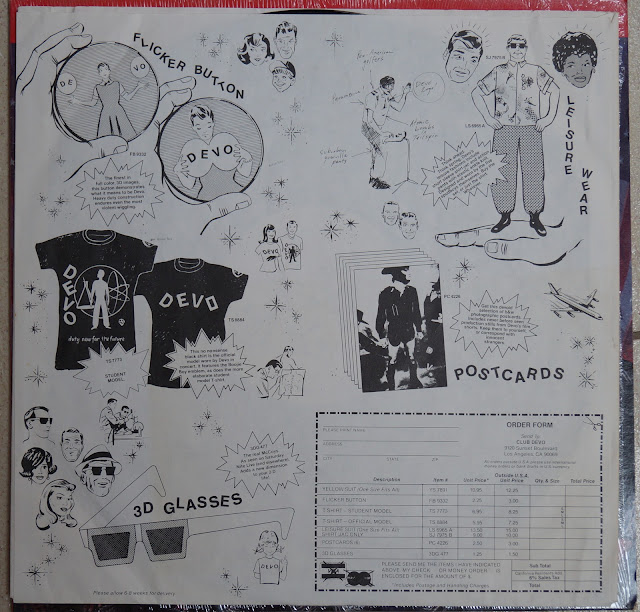 The band is still around.  I saw them at the Burger Boogaloo in Oakland this summer (2018).   Their message is still clear - in fact they put forth our president as proof that de evolution is real.