My parents had a Woody Woodbury album when I was growing up.  I remember a few jokes, but at a young age I didn't get most of them.  Woody evidently was a big deal, playing theaters rather than night clubs.   This particular album was recorded at the then brand new Santa Monica Civic Auditorium.

The cover sports a backdrop of the building itself. 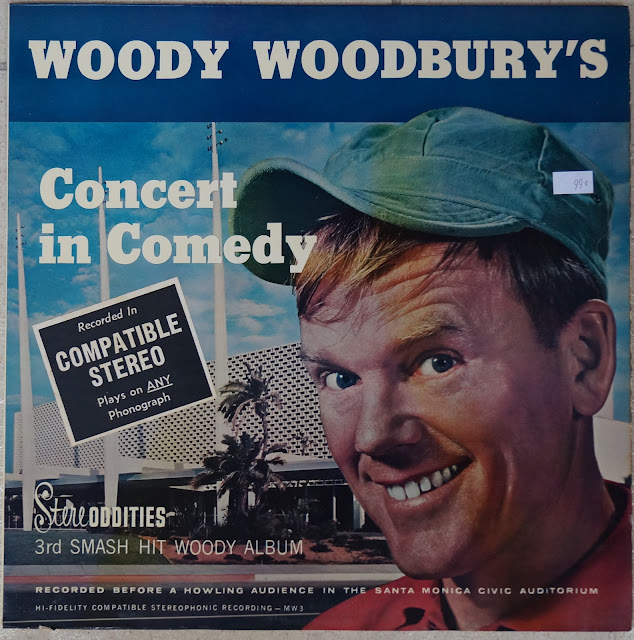 In the early seventies, this was the place for up and coming bands to play when they hit the Los Angeles area.  It held about 2,500.  It has a floor that could be leveled for a trade show or pitched for a concert.  It sounded great.

One of the first gigs The Clash played in the USA.  Opening acts were Bo Diddley and The Dils.  One of the most electrifying and exciting shows I have ever seen.  Saw them many times after, but there's nothing like your first time.  Many of the current crop of LA punk bands could be spotted in the audience.

Aerosmith when they were already playing arenas.  A special gig in 1978.

The Kinks  - a few times there.

The filming of URGH  - A Music War featuring The Cramps, Iggy Pop, Gang of Four and Dead Kennedys

The Patti Smith Group.  The loudest show I've ever seen.

Frank Zappa - he did four shows there (early and late) rather than play at an arena.


Today the building sits derelict and its future is uncertain.  The property value of the ample parking lot might do it in.  The past 10 years so it's the go to place for cat shows.