I've been putting off on writing this one because this one is a big deal.  A name not really known by the casual rock fan, but probably the most missed of all RIP's this year.

Robert Hunter was the chief lyricist for the Grateful Dead.  He worked primarily with Jerry Garcia and, on occasion, the other members of the band.  He's one of the few guys who could hold his own with Dylan  - cowriting all the lyrics on Dylan's (fairly) recent Together Through Life album.

It was with the Grateful Dead, however, that Hunter became an integral part of the band.  So much so that he was considered a band member and inducted into the Rock and Roll hall of fame as such.

Hunter's stories of outcasts and chance-takers struck a chord with the counter culture.  Story songs influenced by Irish ballads and country music fused with literary and biblical references.  Some just strings of random words that make perfect sense.  Losers who will strike it rich with one good hand. At the time he began contributing to the Dead's songbook, story songs were not part of rock.   His contributions were as much a part of building The Dead's rabid following as the band.

I saw him interviewed where someone asked him what Dark Star was about.  His answer was 'I don't know.'

He released a few solo records. The first was the first release on Round Records, a label set up for extracurricular activities of Grateful Dead members.

Robert Hunter - Tales of the Great Rum Runners (Round Records 1973) 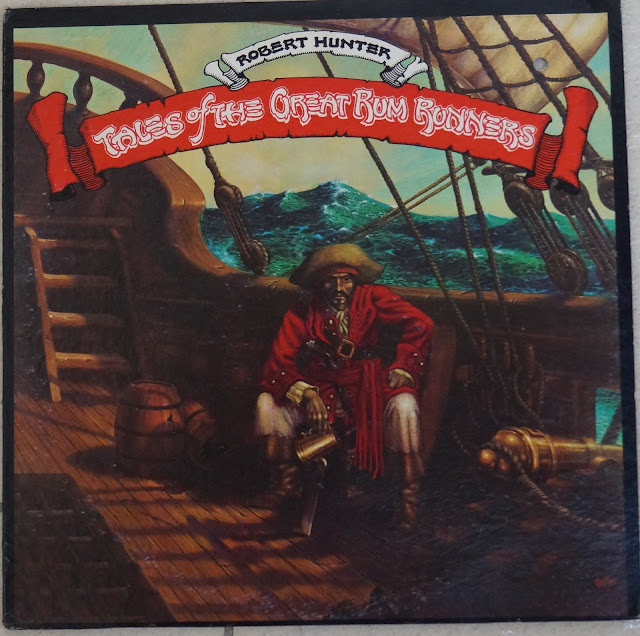 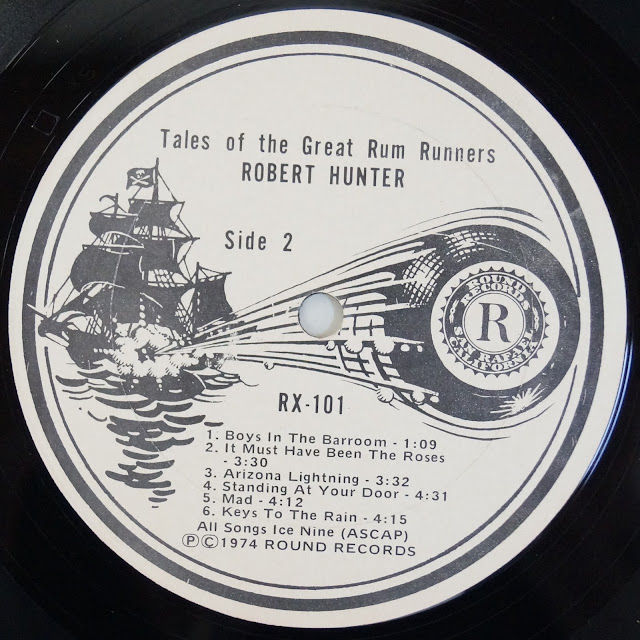 Note the track It Must Have Been the Roses.   Often Hunter would bring Garcia completed songs which Garcia would rework to suit him.  Melodies changed, chords changed, words changed to fit Jerry's voice.  The version of the song here is quite different from the one that worked into the Dead's repertoire.

Rare is it that a line in rock song buried in the middle of a verse will illicit cheers from a crowd.  Hunter has written a ton of these lines for The Grateful Dead....

"Steal your face right off your head"

"Sittin' plush with a royal flush, Aces back to back."

"One man gathers what another man spills”

"Every silver lining’s got a touch of grey”

"Just like Frankenstein.  Clank your chains, count your change and try to walk the line."