A Pretty Awesome Genesis B Side

Genesis was one of the best of the early 70's prog bands.   They brought a clever sense of humor to the proceedings - something sorely lacking in most classically trained musicians.

Along the way  - the band issued a pretty awesome B-Side

With the A side pulled from Selling England By the Pound (get the pun?) Genesis had a shot at getting themselves a hit single.  They placed Twilight Ale House on the B-Side - complete with prog freakout coupled with references to LSD and paranoia.   IMHO it's a stunner... 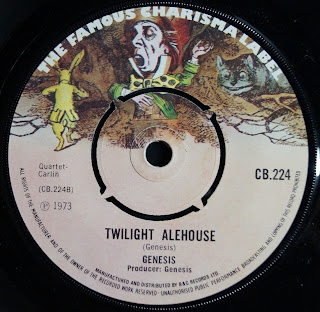 The band lasted another year and change.   Peter Gabriel left the band to fend for themselves.  They still had the musicianship, but morphed into some sort of cross between prog, arena rock and catchy tunes.    Feh!