If we don't build that wall and make them pay for it, this is what's in store for Americans.

More about the band later.  Let's start with an analysis of the cover.   See if you can spot the racist stereotypes  (or monotypes as this pressing is in glorious mono). 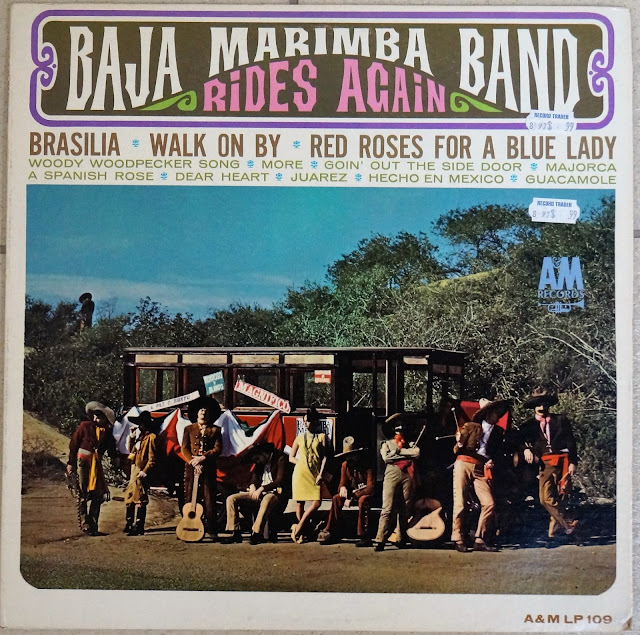 1.  There's a guy with a big fat cigar.
2.  There's a guy taking a siesta.
3.   Nobody seems to be standing up straight - save for the strange looking one with the big mustache.
4.   A beat up old bus.
5.  Sticker that reads La Paz or bust.
6.  Another that reads Riudoso y Blanda - which translates as Noisy and Soft.
and my very favorite and the reason they had to stop...
7.  The guy taking a piss in the bushes in the upper left. 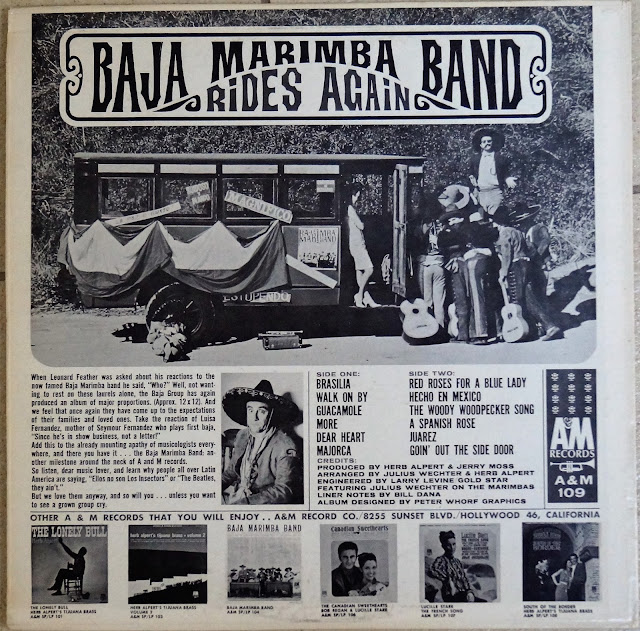 On the back we have liner notes by Bill Dana (aka Jose Jimenez).  In addition, we have that stereotype of the broken down car and a bunch of guys standing around watching one of them work.

So who were they?

Julius Wechter was the marimba player in that group of studio musicians known as The Wrecking Crew and a friend of Herb Alpert.   Herb Alpert, who just had great success with his Tijuana Brass (who were also The Wrecking Crew), encouraged his friend Julius to make a record with a south of the border flavor for his recently formed label, A&M.  The Baja Marimba Band was conceived and born.  In reality, it's just another recording by The Wrecking Crew.  The musicians depicted on the cover aren't on the record.  On the record we get Leon Russell, Hal Blaine, Tommy Tedesco, etc.

When the band appeared on variety shows, fake musicians wore sombreros, smoked cigars and drank beer while miming to instrumental tracks.  Nice work if you can get it.

A few years later we get this one. 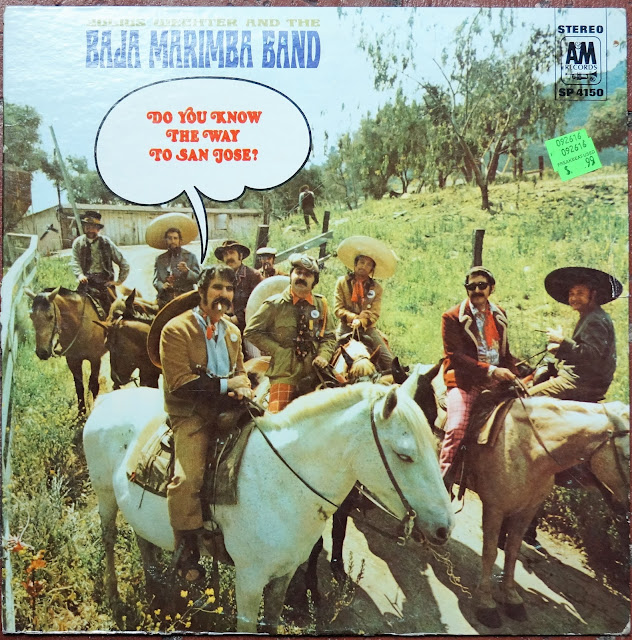 That's right, Julius Wechter is now the leader of the posse.   How did a nice Jewish boy from the San Fernando Valley get mixed up with this bunch?  Oh yeah, he started it and took on the stereotypical Mexican persona to have a gimmick.

And of course we get the obligatory guy pissing in the background.

Getting back to the wall thing.  I tried to make a deal with my next door neighbor to build a wall for my benefit and have him pay for it.  The negotiations were not successful.