The other day I was killing some time at The Last Bookstore in Downtown Los Angeles and came across an original mono copy of.... 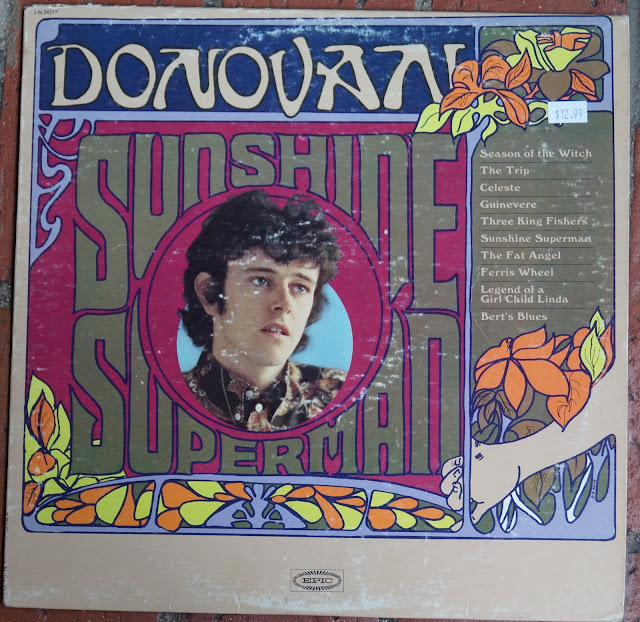 One of my favorite Donovan albums.   There is no stereo mix.  The 'electronically rechanneled to simulate stereo' version was the only one available since the late '60's.   Someone used to think that shifting channels out of phase and EQing each side differently made it sound better.

(for those of you who care about such things, the fake stereo version has the Epic logo on top with the blurb about 'electronically rechanneled.')

Wrong - it takes away the punch.  Now we hear the bongos right up front where they belong. 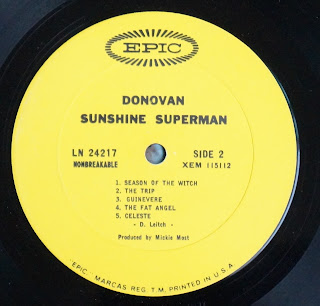 Contains Season of the Witch, Sunshine Superman, The Trip and Fat Angel.  The latter name checked and was later covered by Jefferson Airplane. 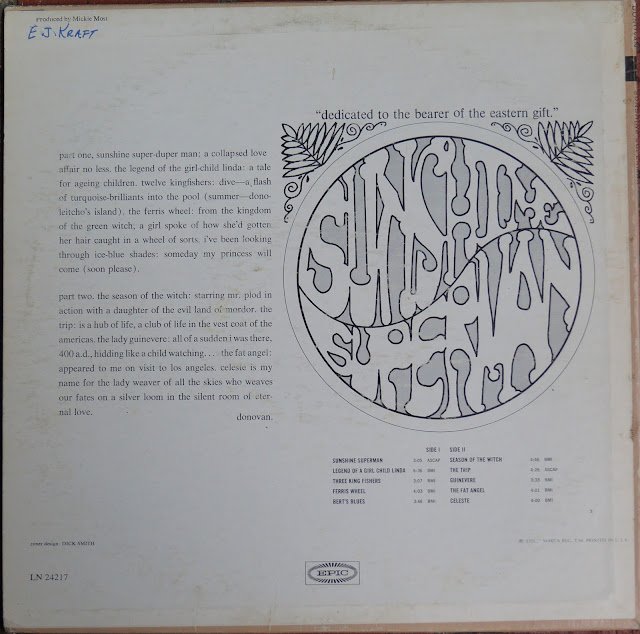