The Greater Orange County Record show has been going on for years in Buena Park, California.   Buena Park is in the heart of North Orange County (not as red as the rest of it to the south).

I hadn't been down to The Greater Orange County Record Swap in years.  The last time I was there was the day it got busted in the 80's.    That would be when Columbia Records sent their goons down to bust the bootleggers.  This was during the 'protection gap' and bootlegs were eating into record company profits.  They claimed it violated the integrity of the artists.  In reality, they needed to recoup all the money the industry put up Fleetwood Mac's collective noses. 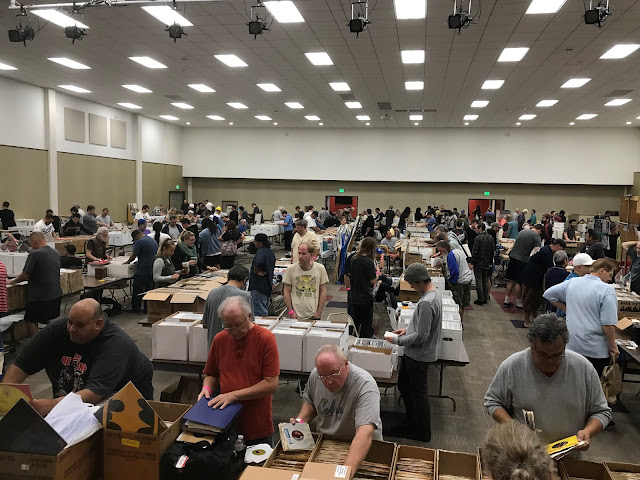 Glad I did.     Free parking.   Freeway close.  Spent a good long time there.

Note the guy in the reddish shirt in front.  He had his collection in a notebook for protection against buying things twice.  I do the same, except mine is on a database that syncs with my phone.

Here's my haul for the day. 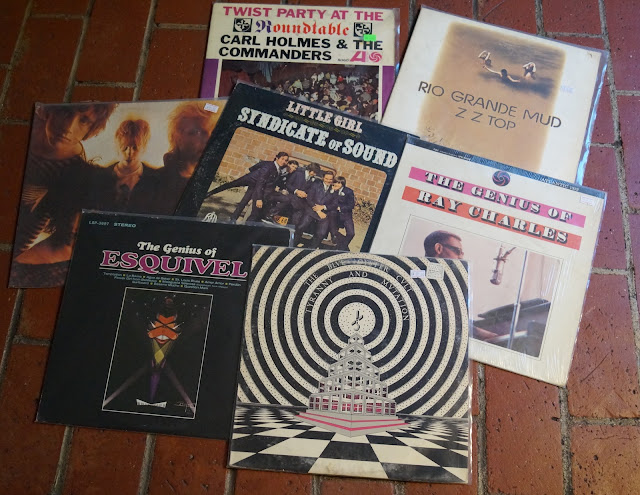