They may have visited a campus, but it appears they didn't learn much about etymology. 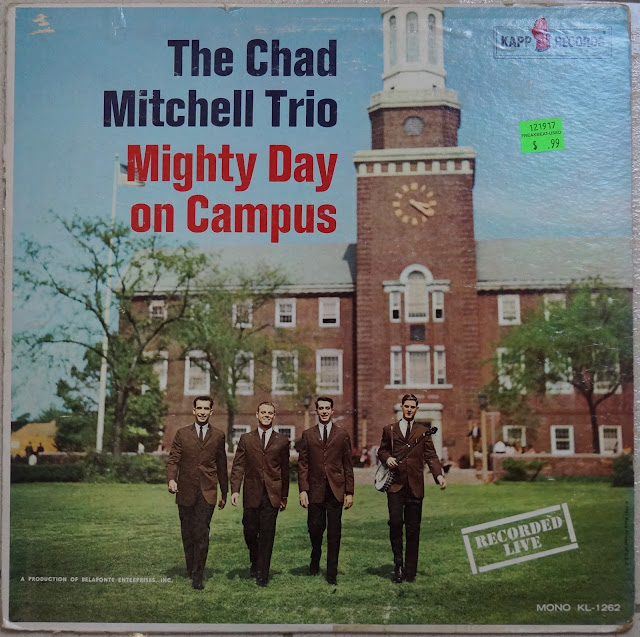 The word trio derives from the latin root of three.  It means a group of three.  If you look at your group Mr. Mitchell, you will see there are four of you.  This would then be considered a quartet.   Test on Monday.

Etymology aside.  The guy on the right with the banjo is none other than future Byrd Roger (nee Jim) Mcguinn. 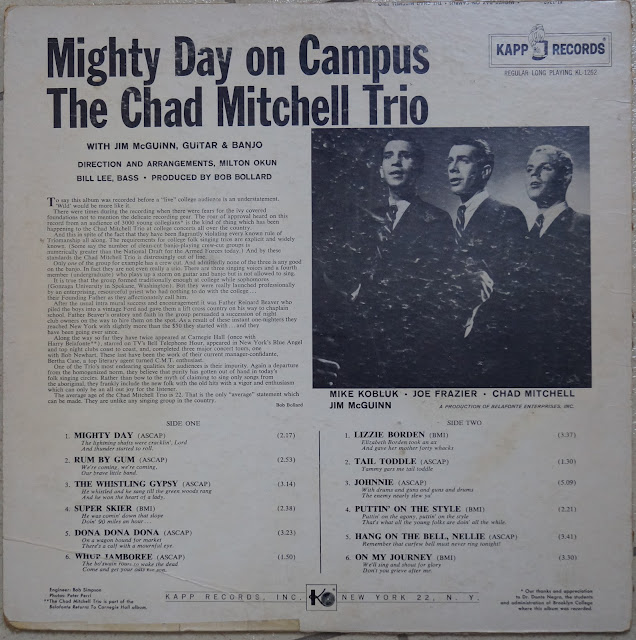