Late in their career, The Doors were at a bit of a crossroads.  They were coming off a slump from The Soft Parade.  After filling in the gaps with the lackluster live album Absolutely Live, they returned to their roots with Morrison Hotel, a pretty solid release.

Jim Morrison had been convicted of indecent exposure stemming from an incident in Miami that may or may not have happened.  Nevertheless, a court appearance was looming.   Bookings dried up and many radio stations wouldn't play their records.

In 1971 they went deeper into the blues with LA Woman.   Augmented by a bass player and a second guitarist, the result is raw and immediate.  Recording took place in a makeshift studio in their rehearsal space.  There they wouldn't have to pay valuable studio time waiting for Jim Morrison to show up, even though he lived a few steps away.   Longtime producer Paul Rothschild bailed on the session leaving the production duties to fall on Bruce Botnick and The Doors.

The original packaging came with a see through panel - subsequently replaced by an opaque yellow one. 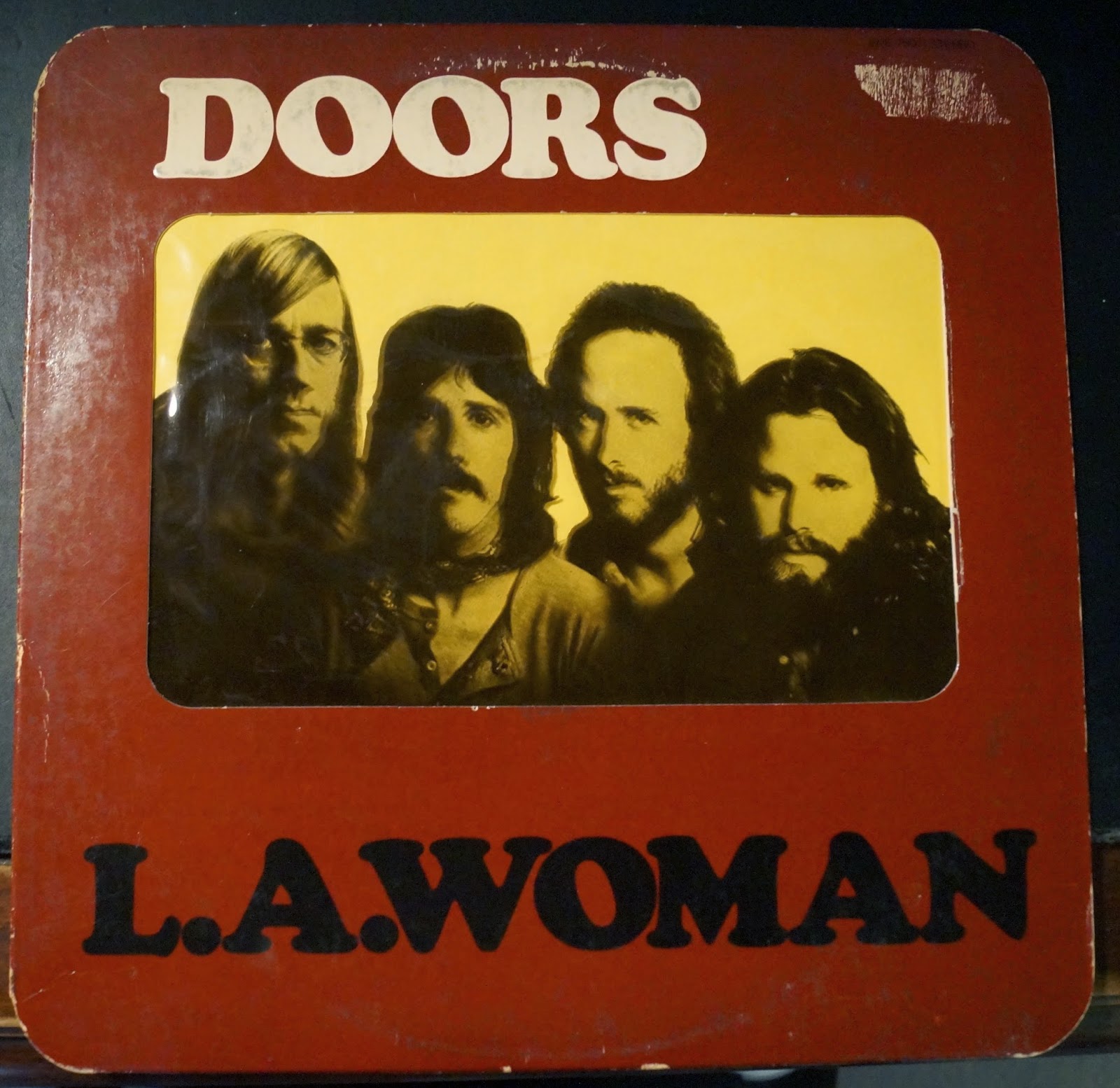 The inner sleeve shows your basic crucifixion on a telephone pole.   This sleeve was missing from later pressings. 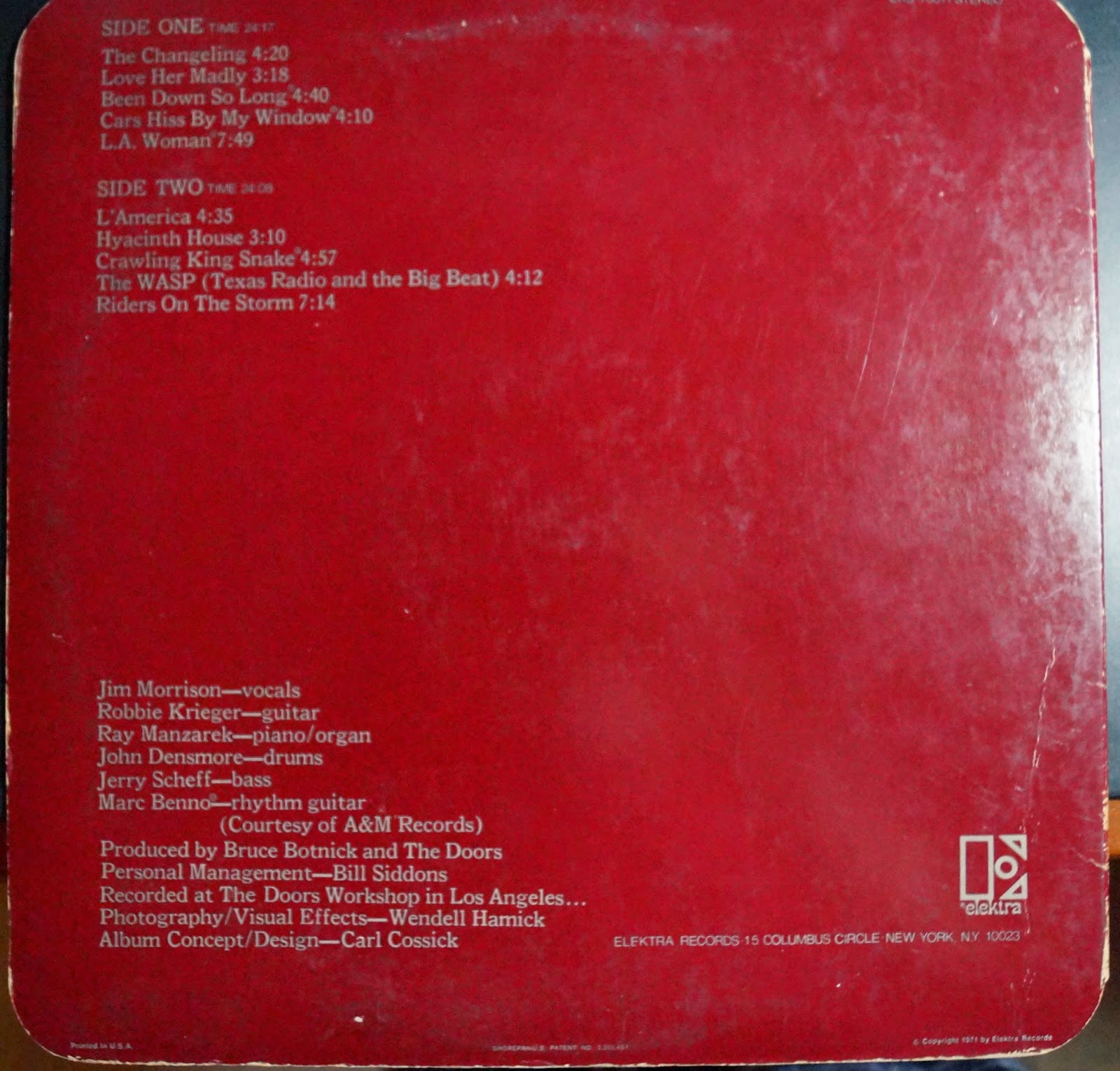