One aspect of the punk upsurgence in the mid 70's was the return to punchy short songs.  Musically, punk was a reaction against the bloat in current rock music.  Epic suites by prog bands and endless guitar solos by flannel bands we frowned upon by the punks.  The movement marked a return to the short loud blast of rock and roll that makes you go 'whee!'

There is no better way of showcasing the short blast of rock and roll than the 45!

The Sex Pistols released four of them prior to their first and only album. 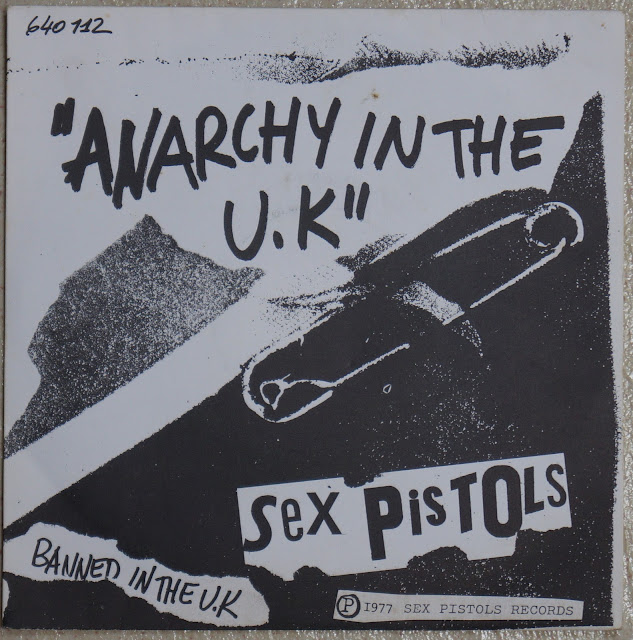 Now comfortably signed to Virgin, the Sex Pistols release a commemorative single for the Queen's jubilee.   Around this time there was some sort of late night news show on CBS that had a segment on how disgusting the new music in the UK was.  It looked exciting as hell.  This single was sought out shortly thereafter.   There are three (count 'em three) guitar breaks in this song that is shorter than three minutes.   What a stunner.  Banned by the BBC for some reason 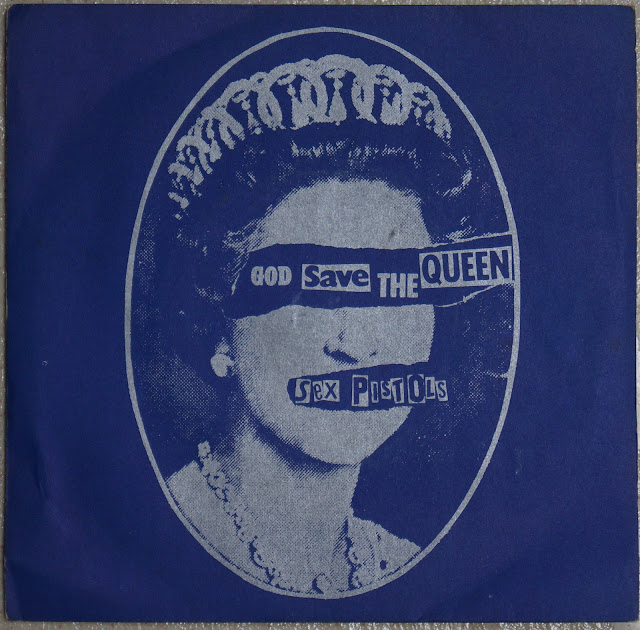 Another one.  The B-Side is a cover of a Stooges Song.  It clocks in at 6 minutes.  An epic by punk standards. 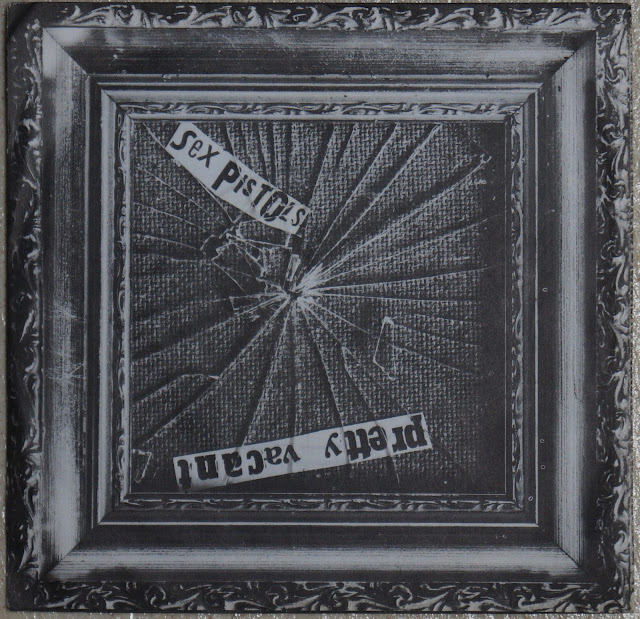 The final single.  The cover is somewhat of a rarity as the travel company who produced the original ad took exception for some reason.   Shortly after initial release it came in a plain white sleeve. 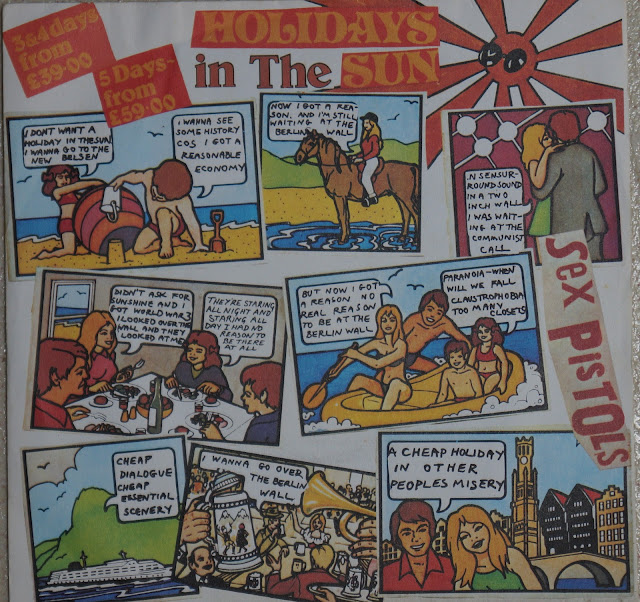 When the debut (and only) album was released towards the end of 1977 there were 11 tracks.  When Warner Brothers finally got it together to release it a few weeks later, there was an additional track.  Since the faithful bought the record from the import bins, there was not a huge desire to shell out for a whole new album.  Enter the US single.  The additional track  - Sub-Misson - was placed on the B-Side for the US release of Pretty Vacant. 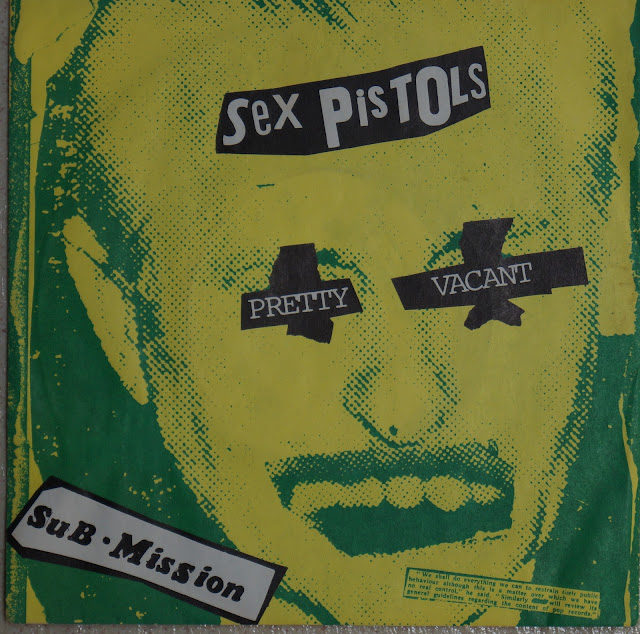 These singles were recently re released in a box set on Record Store Day.  For the record, these pictured above from my collection are all originals.