Nick Knox, drummer for The Cramps died a few days ago.  Doesn't even warrant a mention in the mainstream press

Throughout their career, they produced several stunning pictures sleeves to their 45's.  I'll intersperse some from my collections amongst the comments. 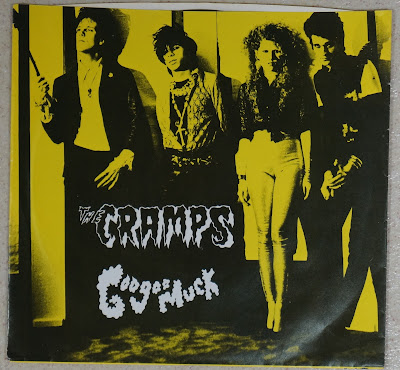 The Cramps were one of my favorite bands to emerge from the US punk scene.   Nick Knox provided the perfect beat to go along with the sparse instrumentation of the band. 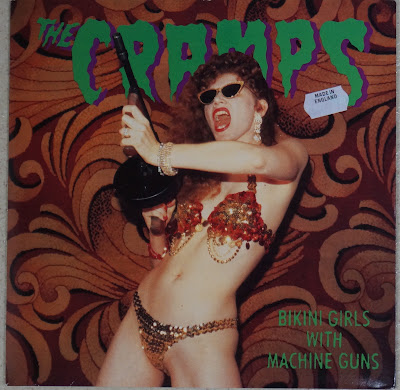 The Cramps had a sound like no other.    They took their rock and roll back to the roots - rockabilly.  Lyricly as well - getting back to raw sex and teenage rage.  Throw in some sleaze, monster movies, 50's bump & grind  and drugs - you get The Cramps.  Although they were lumped in with the punk bands at the time, they single handedly invented the 'psychobilly' genre. 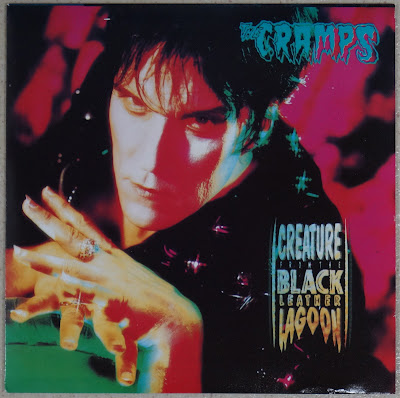 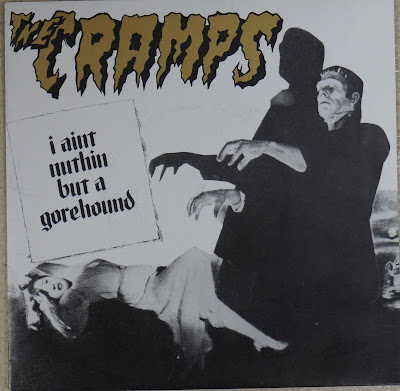 Nick Knox kept a steady beat through most of their early work.  At this time, the band had no bass player.  Bass drum filled most of those gaps. 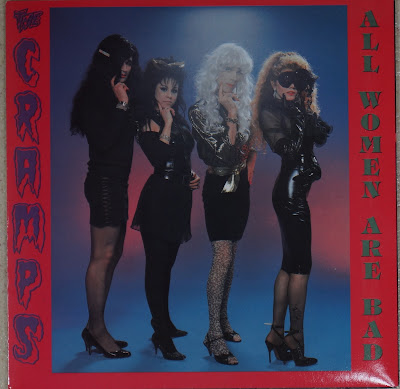 I remember him having a rubber spider attached to string on his bass drum.  Every time it struck, the spider flung forward. 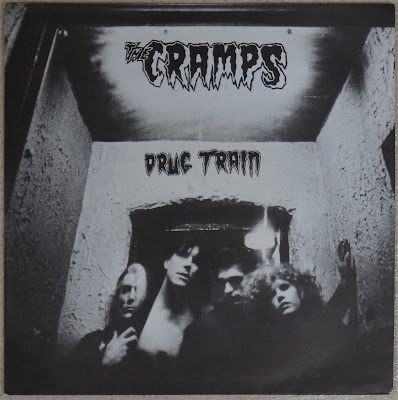 Also have vivid memories of Lux slithering out from below the drum riser - about a six inch gap - like some sort of serpent. 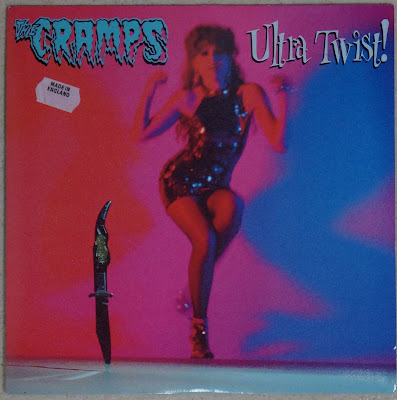 The Cramps were the best thing to emerge from Sacramento (California's state capital) ever.   Although they festered in Akron, OH and New York, they ended up being an LA band around 1980.

I saw them often in classy venues (Universal Amphitheater, Irving Plaza, Whisky A Go Go) and dives (The Other Masque, BACES Hall) 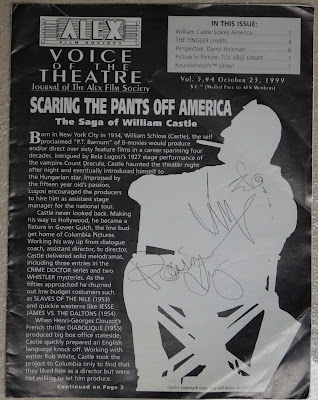 When stars aligned at a William Castle screening coupled with a friend of a friend, I met Lux and Ivy.  They signed my program.