Blessed with a megastar brother, Chris Jagger managed to release two albums before slipping into obscurity. 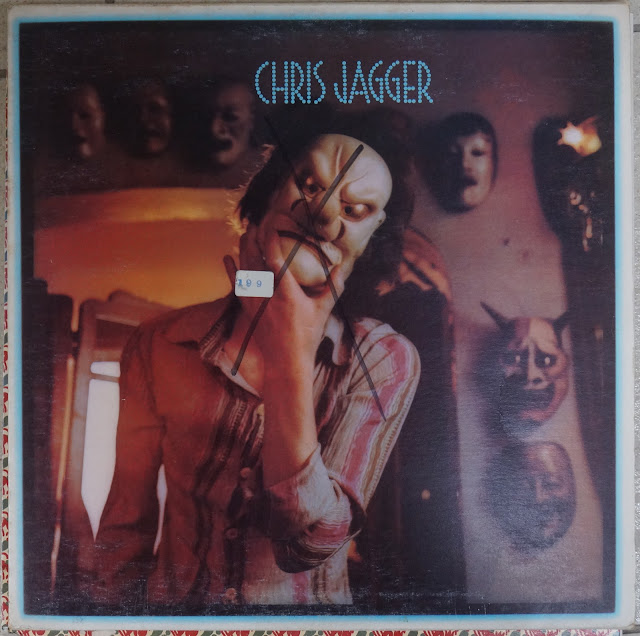 It's unclear why someone chose to put a big X over his face.

Although his recording success doesn't come near his brother's, he has managed to surpass him in the marital fidelity department.  He's been married to Keri-Ann Muller, the model who graces the first Roxy Music album and Mott the Hoople's Mott, for more than 25 years.