Recently had a business trip to the windy city.  Late afternoon flight on Saturday left me with plenty of time to record shop. 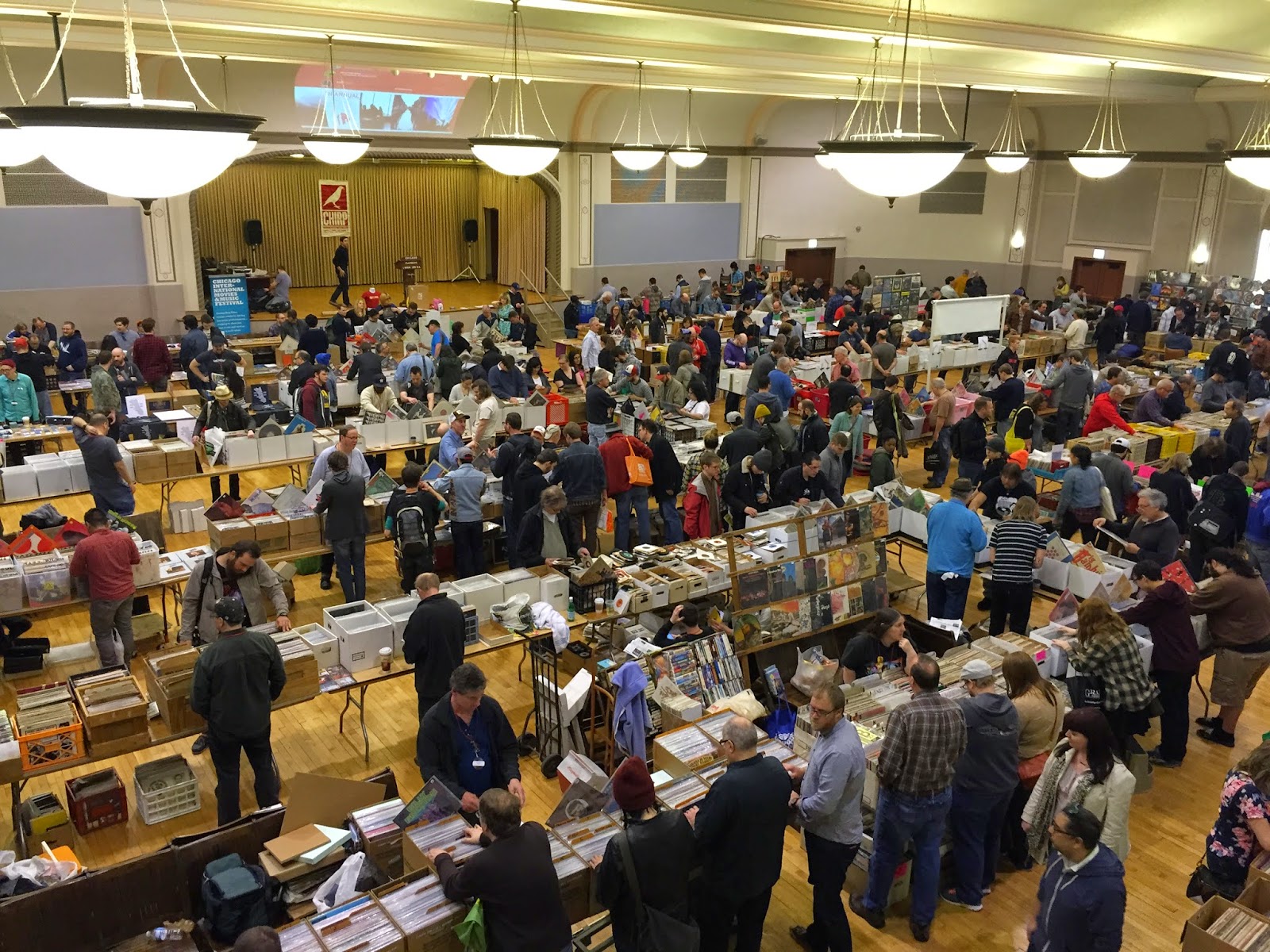 First stop, the annual CHIRP record fair.  Held in a union hall.  Lots of bargains and not so much bargains.  The place reeked of stale cardboard.  I love that smell almost as much as new vinyl.

After that, I had Uberman take me to hipster Wicker Park

According to the Record Store Day store locator, Reckless Records was located on Milwaukee.    Well they won't be at that location for a few days.  Their old location, which closed the day after I visited,  was up the block.  The new location will be much larger.  They have a few locations around town including one in The Loop. 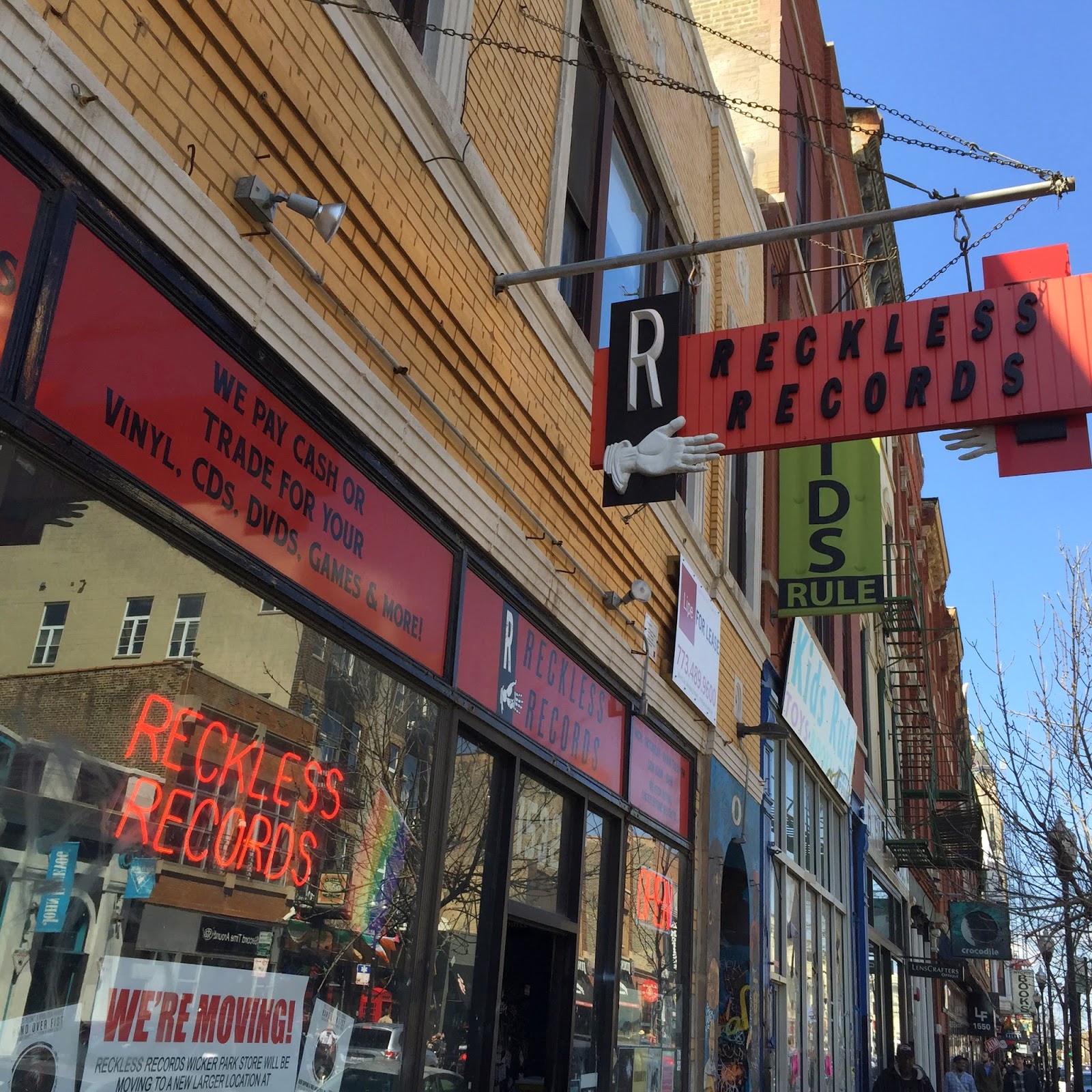 
Then there was Shuga.  Hadn't heard of this one.  Nice vibe and selection.  Turntables for sale as well.  They have the old neon from Record Surplus - a store that used to be nearby. 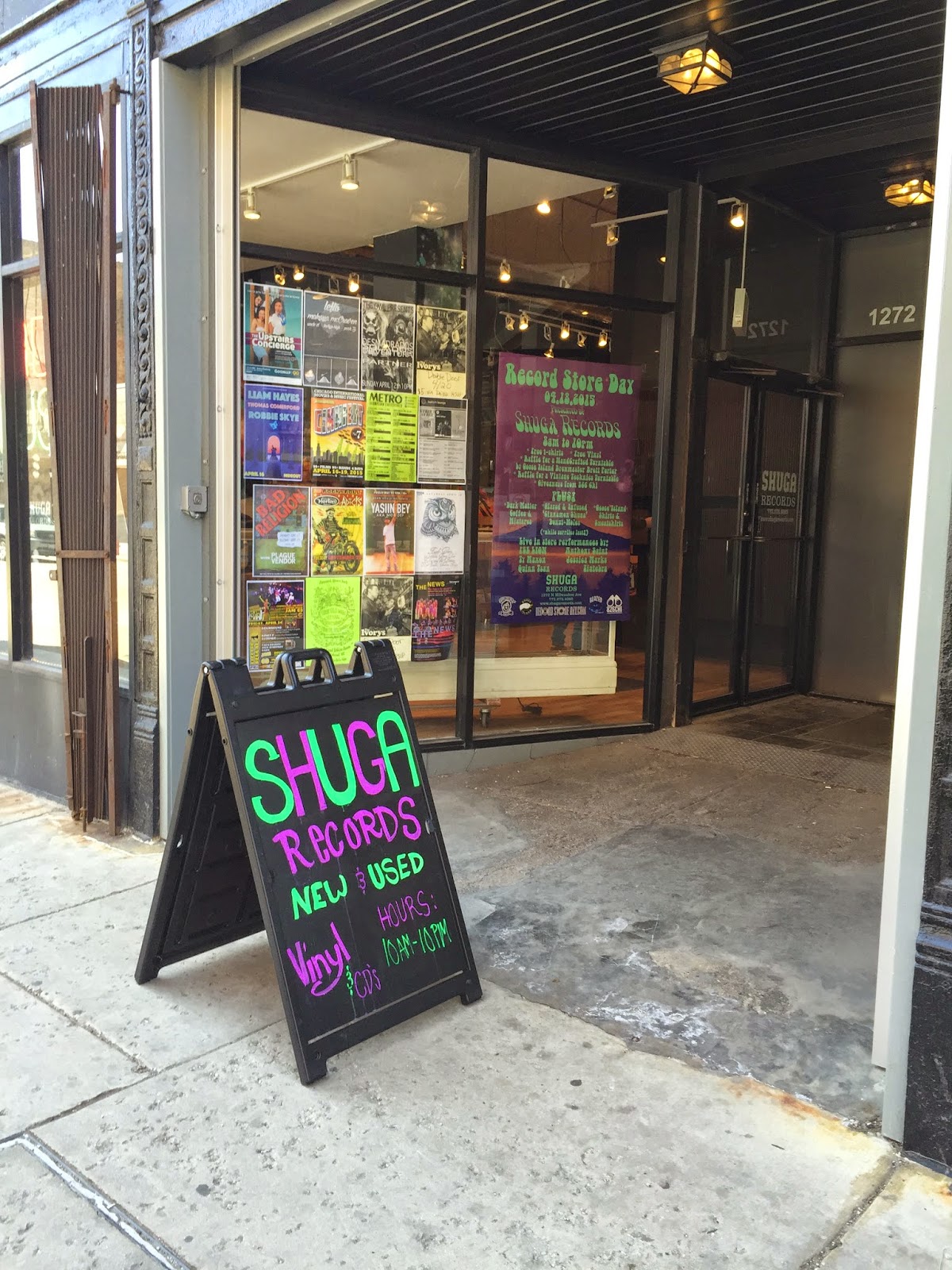 
Also hit up the new kid on the block, Dusty Groove.  Nice vibe, but they tend to specialize in Jazz and Hip Hop.  Not my cup of meat. 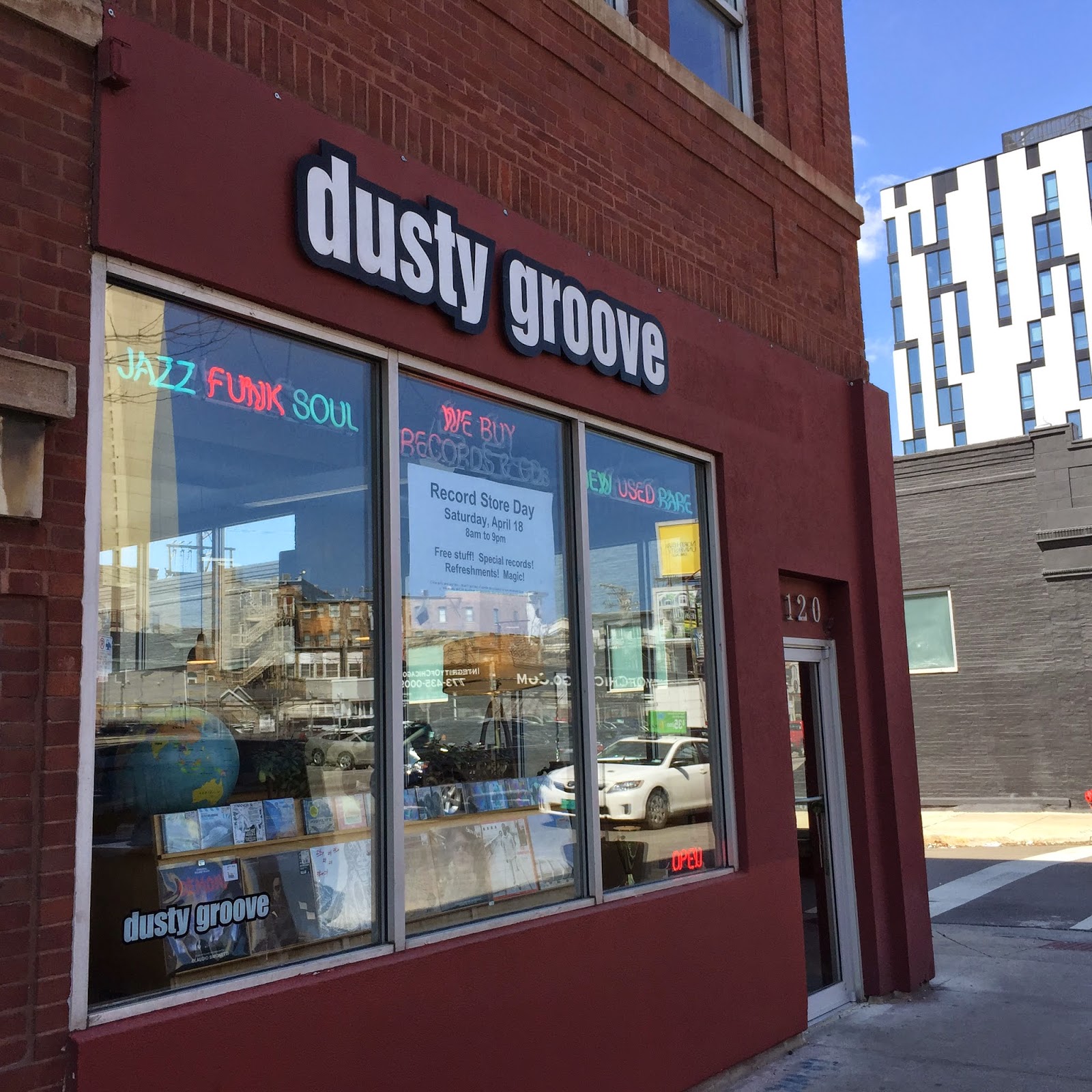 The Wicker Park neighborhood has a lot going on.  I popped into a vintage audio shop because they had my first stereo in the window.  A Panasonic job that came with speakers and a turntable.  I mentioned to them that the speakers were not the originals.  They knew.  I was tempted to buy a tube amp, but had no way of stuffing it in my suitcase.

Had me a stack of records and stopped for lunch to go through them.  Wicker Park has many fine eateries. 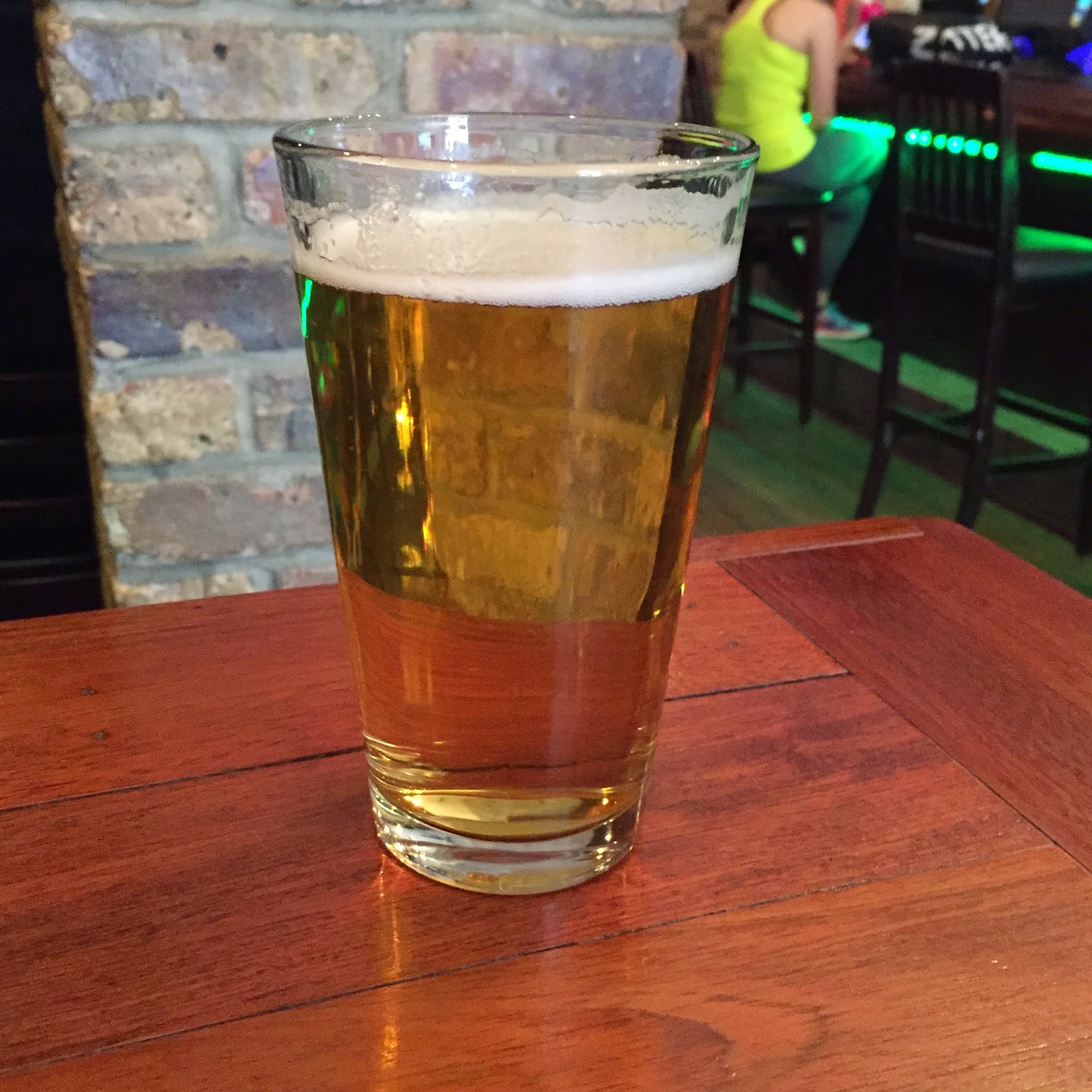 Then had Uber Man take me back to the hotel for a suitcase packing engineering exercise.  Heavy bags on the Blue Line to O'Hare.