You can't get more 'American' than John Wayne.  For some reason, he made a record. It dominated the cutout bins for a long time in the late '70's.

So when you're grilling hot dogs, drinking beer and watching the carnage of war depicted with pretty fireworks  - think of that great American.  He never served in the military, but criticized others who avoided service.  He was never a cowboy, but played one in the movies. He was a mouthpiece for conservative causes.   He detested hippies.  In a nutshell, he represented the conservative establishment that the '60's tried to overturn. 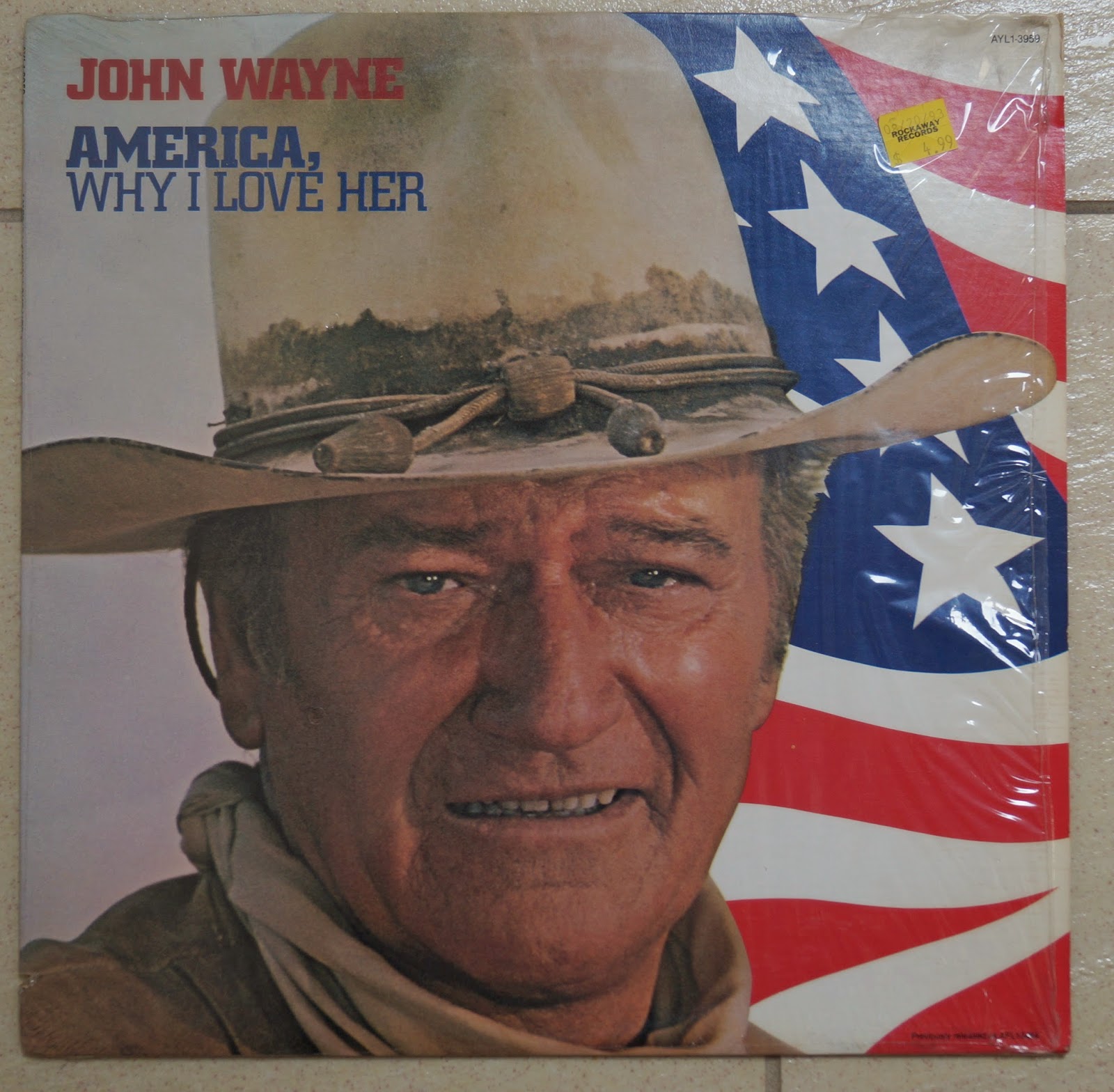 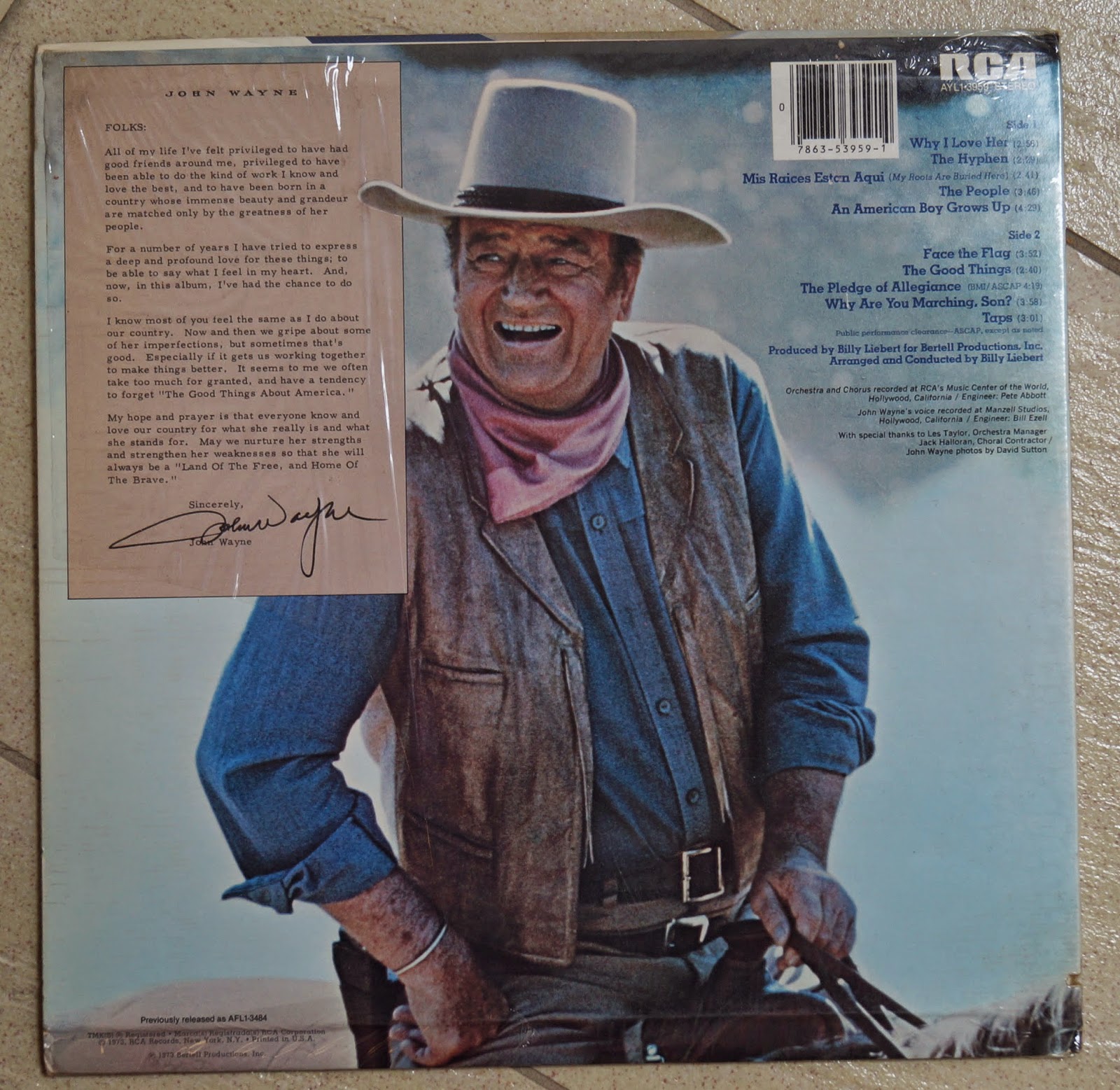 Just for fun, here's an excerpt.