Sometimes I'll pick something up for the cover alone.

I found this years ago at J-Mars (RIP) in Las Vegas.   The record is pretty hacked, but just love the cover.  These teenagers seem to be about 12.    Just kids dancing, except for that ginger kid second from left.  It looks like he just pulled the plug on the record player.  Probably because nobody would dance with him. 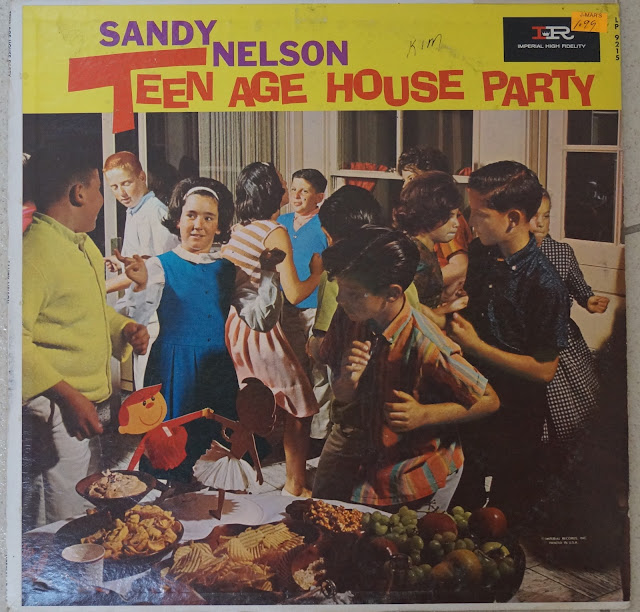 Sandy Nelson was a session drummer who put out instrumental albums.  From 1962 to 1966 they came at a clip of about 6 per year.   In 1963 he was in a car accident which resulted in a foot amputation.  He soldiered on with just a little less high-hat. 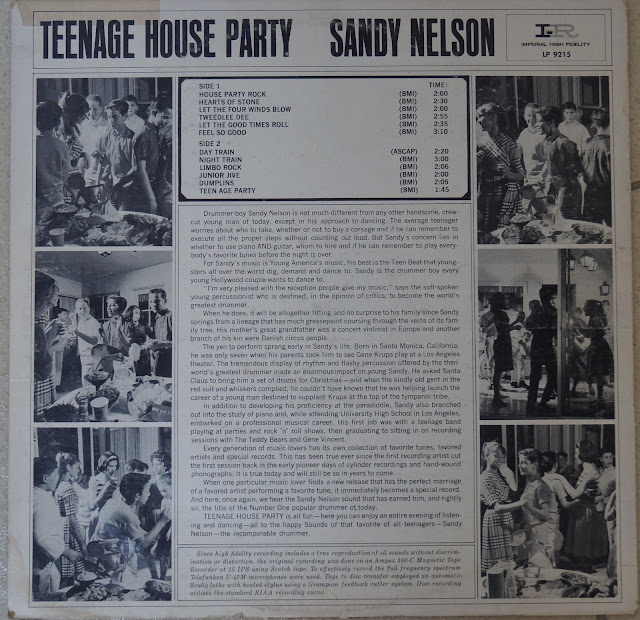 As the liner notes say - 'here you can enjoy an entire evening of listening and dancing - all to the happy Sounds of that favourite of all teenagers - Sandy Nelson - the incomparable drummer'   This of course if you define an entire evening as under 30 minutes.

This was my first Sandy Nelson record.  Years later, I found about 10 of them in near mint condition for a quarter each at a thrift store.   I snatched them up.