This particular release featured one song each from three local bands.

The copy I have is a reissue of the 1978 release.  The label is pretty much identical to the original save for the additional legal stuff.

Side A features The Eyes performing 'Don't Talk To Me'    This was co-written by Eyes member Charlotte (don't look at me I'm famous) Caffey who later found sound compromised mainstream success in the Go-Go's.    They spelled her name wrong on the reissue.  Not so on the original. 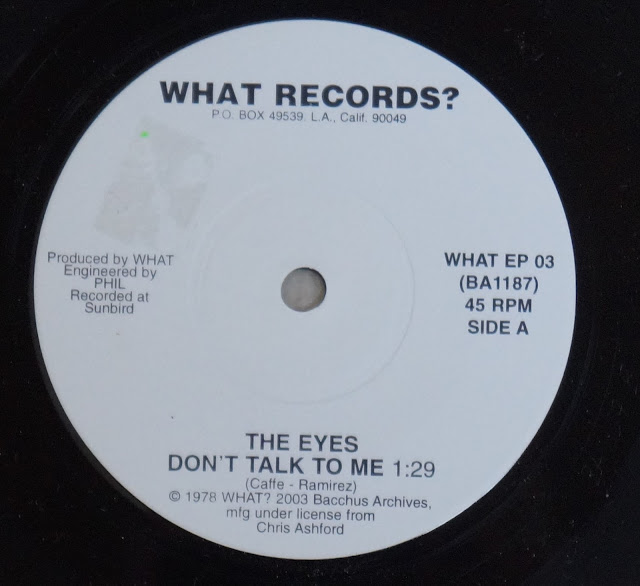 Side B gives us '(The Original) Neutron Bomb' by The Controllers.  A rockin' little tune not to be confused with 'We Got the Neutron Bomb' by The Weirdos.  I saw them a few times, more often than not on the same bill with X.   They had a charismatic African American woman on drums who went by the name of Mad Dog.

Also included in 'Victims' by The Skulls.  Don't remember much about them.  I probably saw them at some point.  Most of the punk shows I attended 1978-1980 consisted of four bands.  Even my youthful short/long term memory forgot most of them at the time. 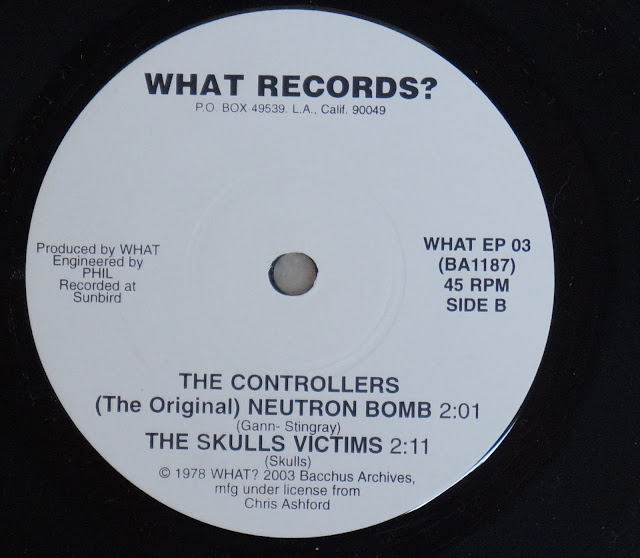