Early record stores operated a bit differently than what we got used to in 70's.   The bins were filled with empty jackets.  You had to take your potential purchase up to the counter where they filled it with the record.

They also had listening booths where you could have a record played for you prior to purchase.

For large retailers, record companies would supply the store with an audition copy to be played in the booths. 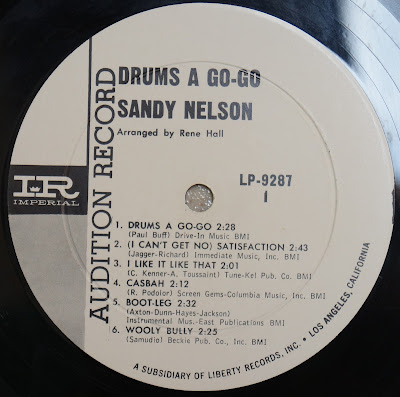 In my youth, there were a few of these types of stores around.  One was Whitwood Music in the Whitwood Mall in Whittier. California.   When I went with my mom to the mall, I could go to Whitwood Music and hang out in the listening booth while annoying the clerk with requests.