Primer mi carucha, Chevy '39
Going to El Monte Legion Stadium
Pick up on my Weesa, She is so divine
Helps me stealing hub caps, wasted all the time.
Fuzzy dice, bongos in the back
My Ship of Love is ready to attack.

In the early 60's, local Los Angeles DJ Art Laboe was putting on 'oldies' show at the El Monte Legion Stadium about 10 miles east of downtown LA.   It wasn't really a stadium.  More of a dumpy union hall comparable to Winterland. Since we're talking the early '60's, Doo Wop from the '50's were the 'oldies.'   Frank Zappa was a fan of this music from his high school days.  As a young struggling musician out in Cucamonga, Frank and bandmate Ray Collins wrote this song and pitched it to Art Laboe. 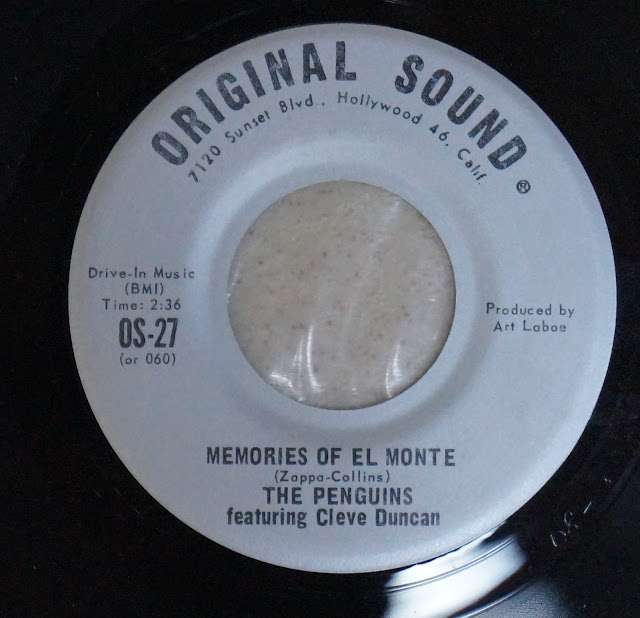 It was picked up and recorded by the Penguins who had recorded the doo-wop classic Earth Angel some years before.  Cleve Duncan was the only original member to sing on this.   After this recording, they reformed and hit the oldies circuit.   Frank Zappa went on to form The Mothers of Invention a few years later.