In the early sixties, comedian Bill Dana adopted the character of naive Bolivian swept up in the space program.   His name...Jose Jimenez.    It was milked for all it was worth.  More people knew the name of the character than the comedian himself.  The liner notes emphasize the character is warm individual an offends nobody.  Yeah right.

Totally not OK today, but this was long ago before everyone got so sensitive.  RIP Frito Bandido and Speedy Gonzalez.

José Jiménez: "My name... José Jiménez."
Ed Sullivan: "Well, now I see you have some of your space equipment with you. Uh, what is that called, the crash helmet?"
José Jiménez: "Oh, I hope not."


Let's start with the one with a cover that used to terrify my daughter when she was a toddler. 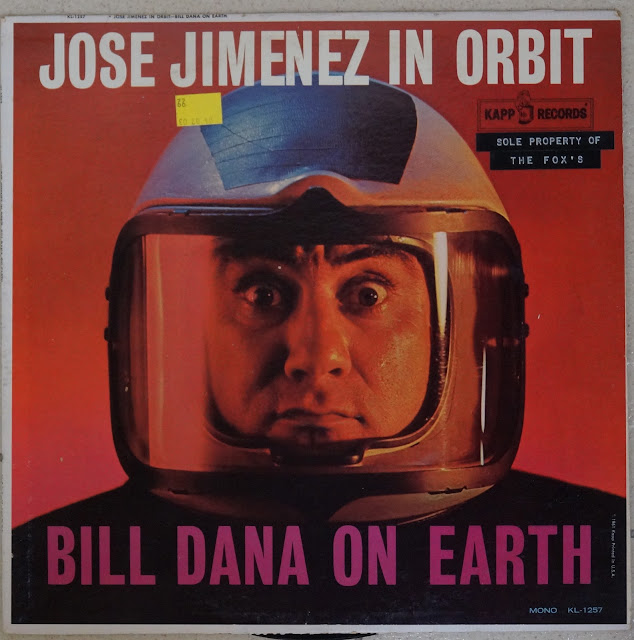 It started with this one. 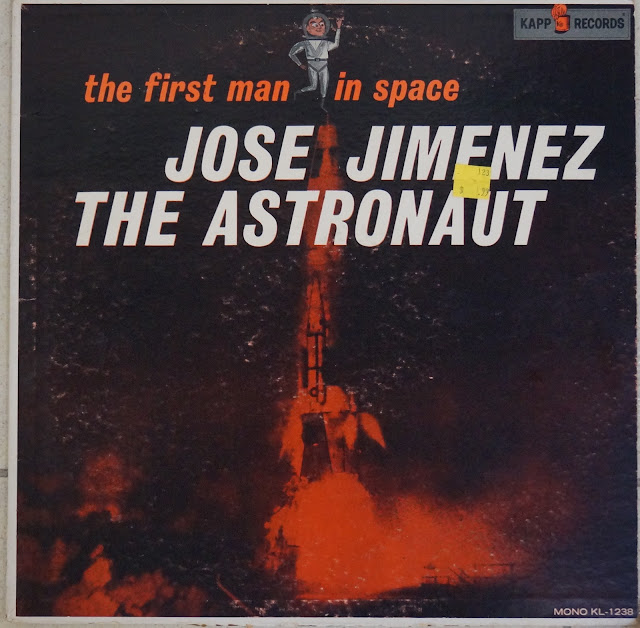 Prior to conquering space, Jose commanded a submarine... 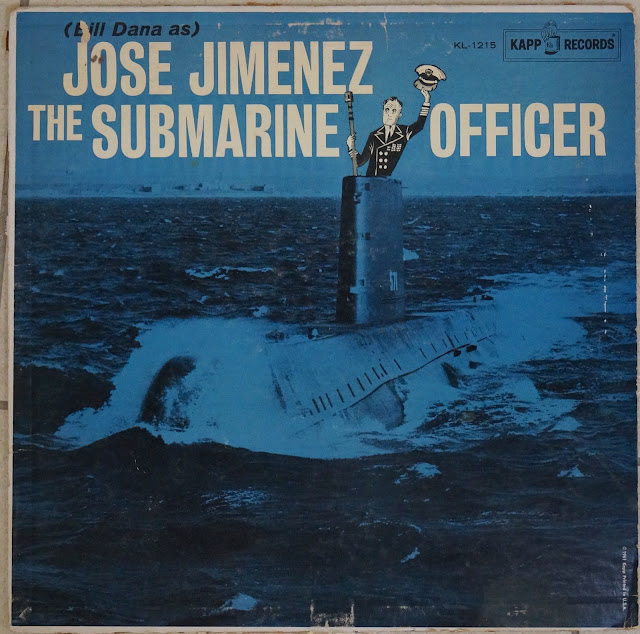 My daughter grew up OK and now has no fear of Bolivians in helmets.   I, on the other hand, still possess a reasonable unease.