There will never be another Mrs. Miller.  She didn't look like your typical singer.  She couldn't sing.  Her vocals were off key and out of time.  It didn't stop her.  She had a 20 minute career.  A temporary sensation.

This particular album is her first.   The greatest hits are other people's not hers. 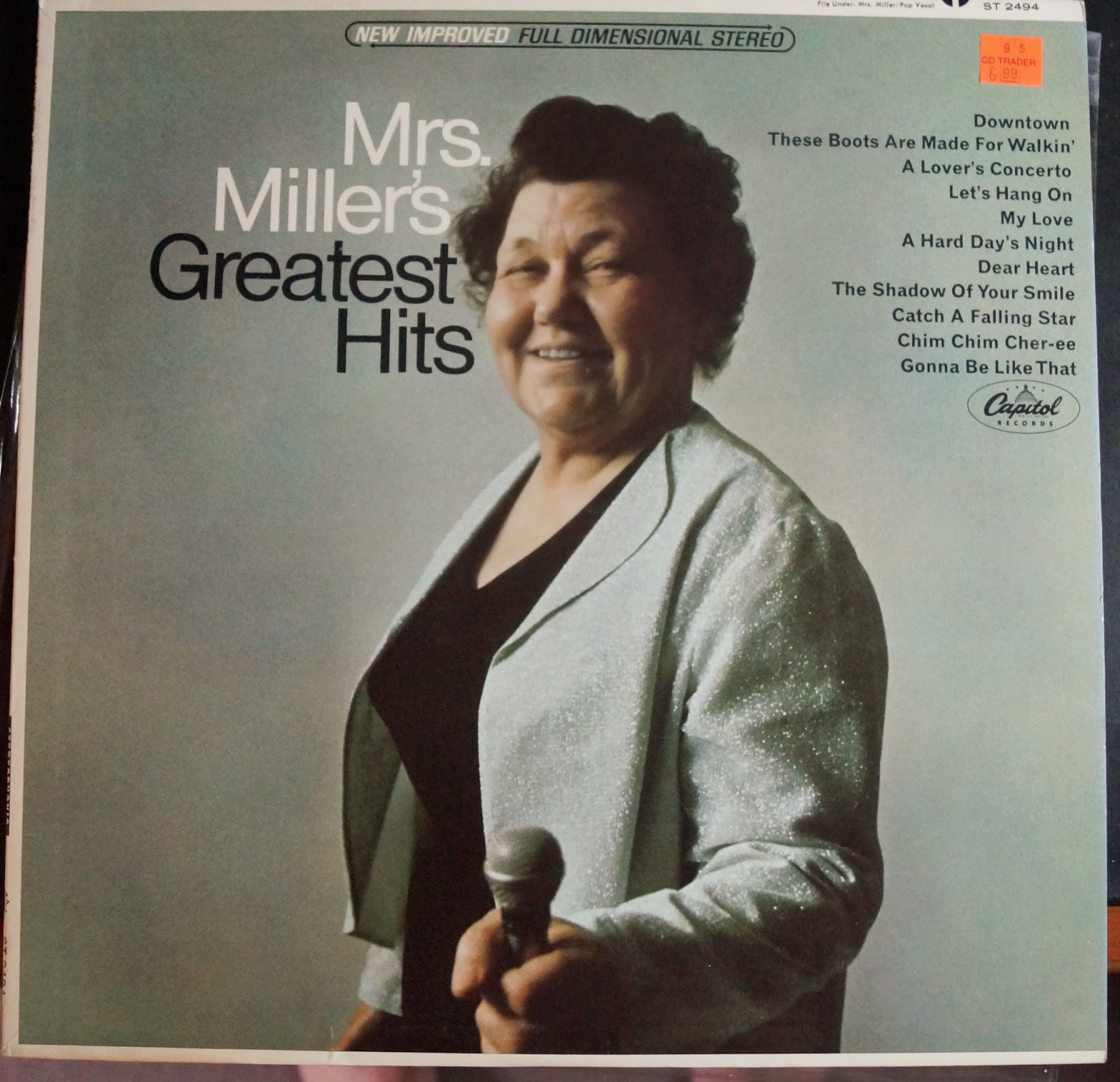 Here's a sample of the classic 'Downtown'  You can thank me later.


A while back, a friend had his car stolen.  It was later recovered.  This only thing missing was a CD of this album.  This brings to mind two scenarios....

1.  The car thieves put it in the player, promptly ejected it and threw it out the window.

2.  They listened to it and were inspired to return the stolen car.  They kept the CD for motivation to stay on the righteous path.

Personally I like to imagine some gangster car thieves driving around the hood blasting Mrs. Miller at full volume.