The Birds, They Sing For Jesus

Not the rock band (Although they Byrds have a track called 'Jesus is Just Alright').   These are supposed to be real birds.  Actually, they're voices by a guy who specializes in bird calls.

The record is bizarre pairing of church oriented music with bird chatter.  A similar effect could be acquired by placing an organ in an aviary.  The birds just make noise, they don't sing of praise.  Secretly I was hoping they would - like the Enchanted Tiki Room at Disneyland.

Rather than train real birds to do what they do anyway, the producers decided to hire a guy instead. 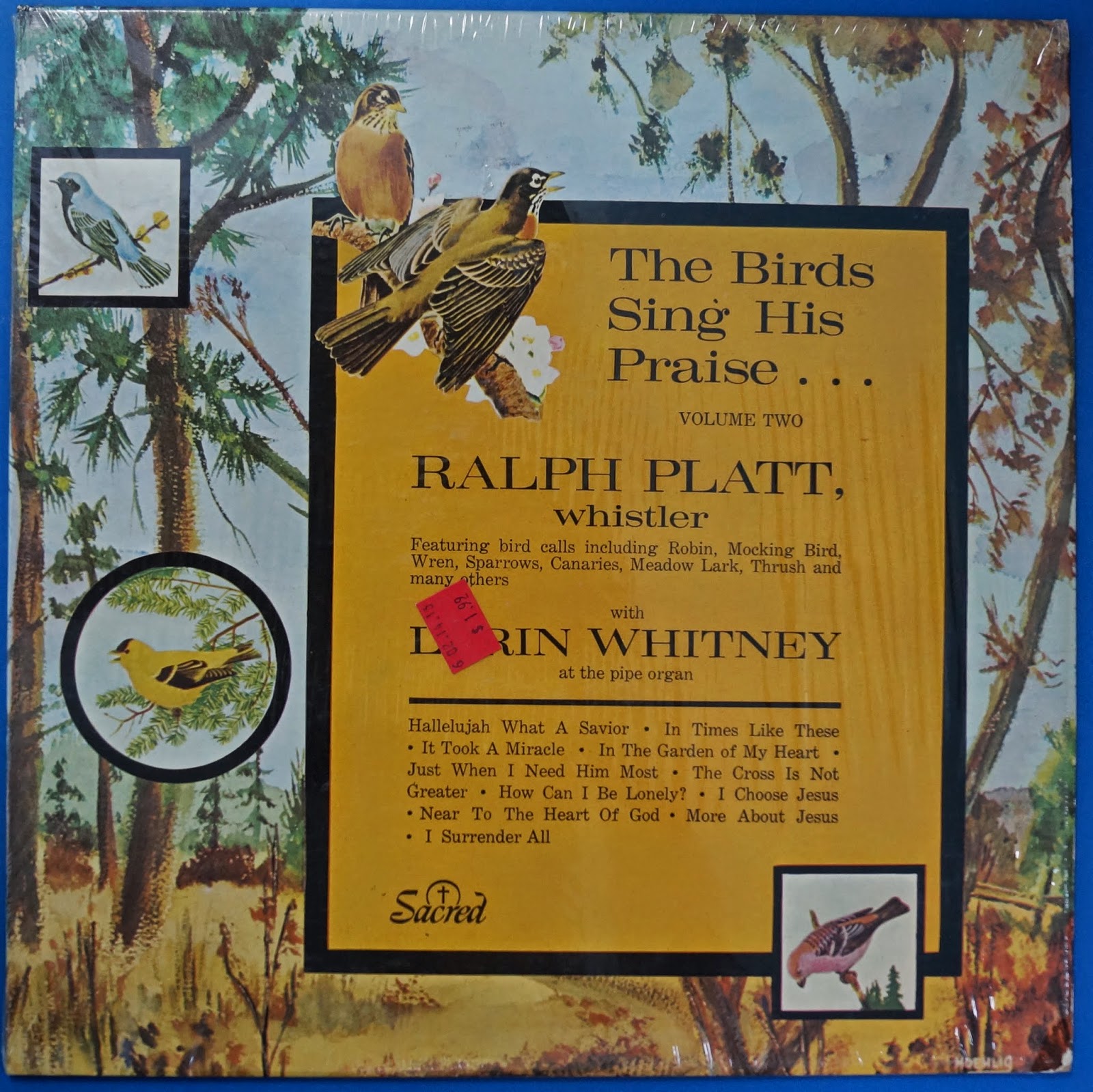 I picked this up today at my local Goodwill.  When I returned to the car, some bird left a dropping on my hood.  My first thought was 'geez, what did you do that for?  Would I defile your nest?'  Then I got to thinking.  Was Jesus instructing the birds to do this because I was laughing at this album?