Paul Revere and the Raiders were a much better band than those silly costumes would indicate.  They were the first rock band signed to Columbia Records.  Their marketing set them up as the 'anti-British.'  Even more silly than the Beatles vs.The Stones.  Whatever - they made some great records.

IMO, this is their best record. 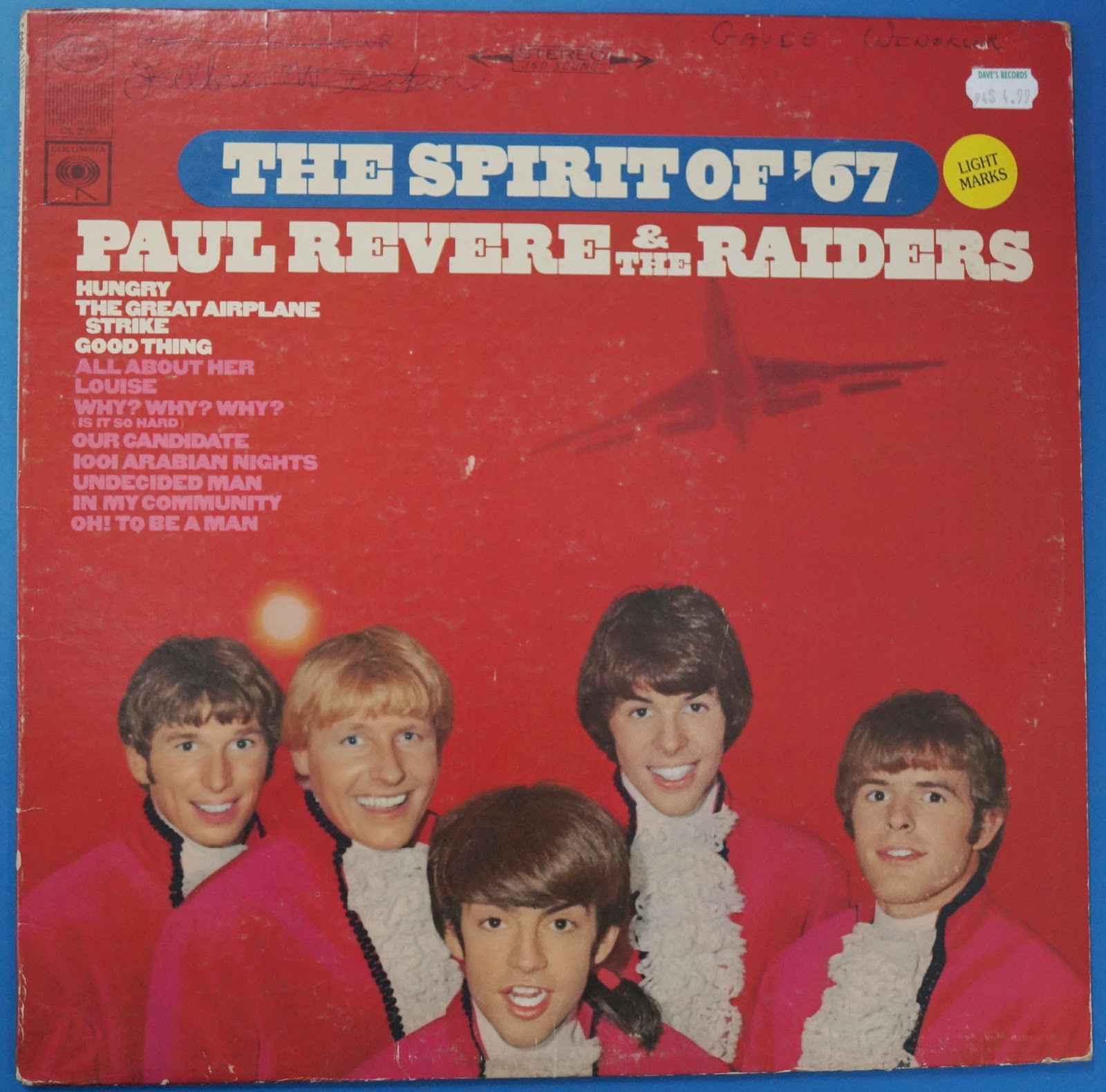 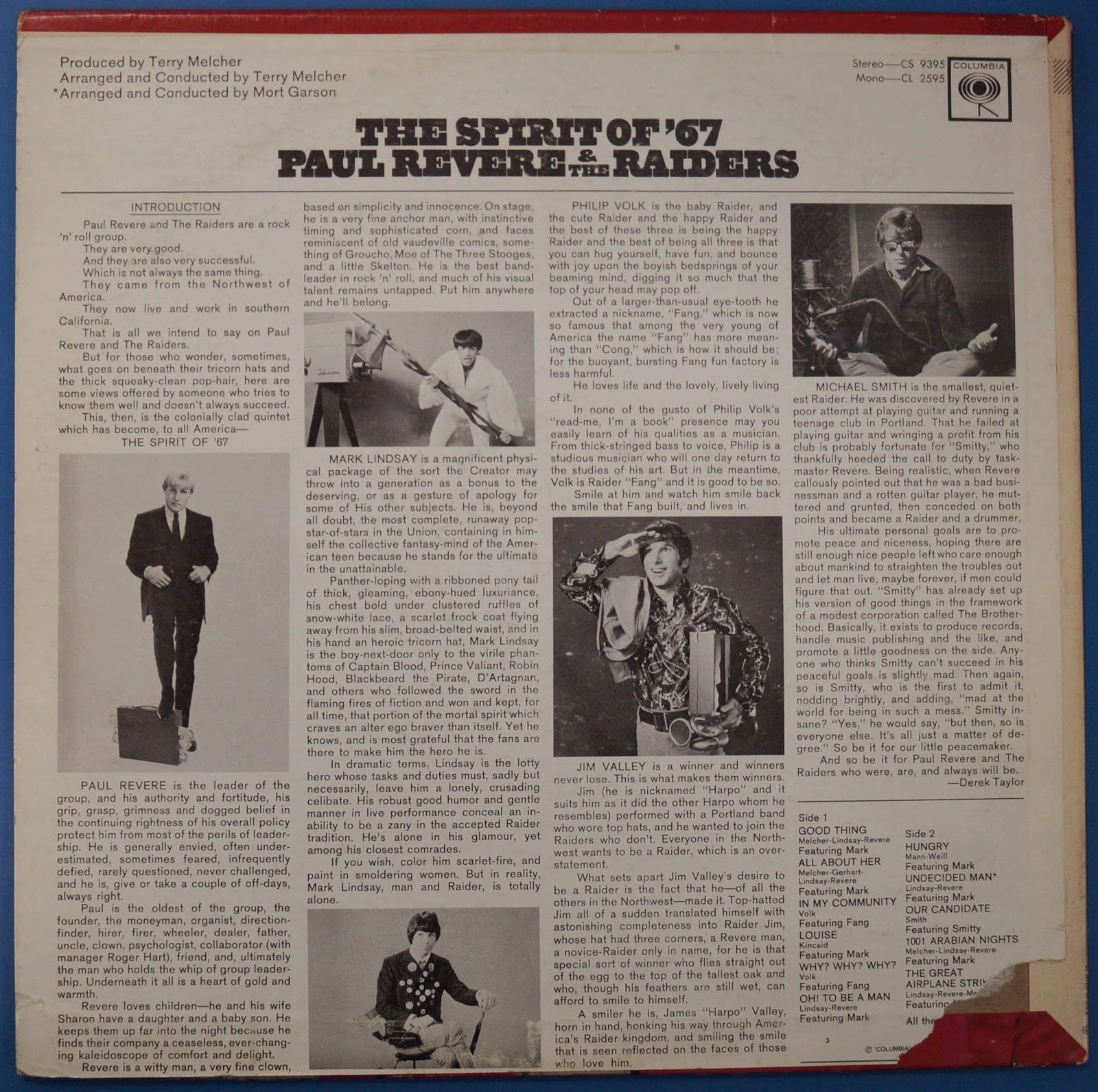 Looks like the Winokour sisters both liked this record a lot.  Gayle Winokour put her name on it.  Sometime later, sister Debbie laid claim on it, crossed out Gayle's name and replaced it with her own. Once Gayle saw this on her record, she crossed out Debbie's name and rightly returned the album to its original owner.  All this squabbling was probably more over territory than it was about the record.  The vinyl looks like its rarely been played.