I came across this in my recent record store outing in Downtown Los Angeles (DTLA as the Downtown Renaissance people market it).  My office is currently in the area and a record store is just a subway stop away.

Anyway, I grew up in Whittier, CA.  Whittier is the east end of Slauson Avenue.  Slauson winds its way from Whittier to near the Los Angeles Airport (LAX).   It's most known for the 'Slauson Cutoff' as a shortcut to the airport from Hollywood and Downtown. 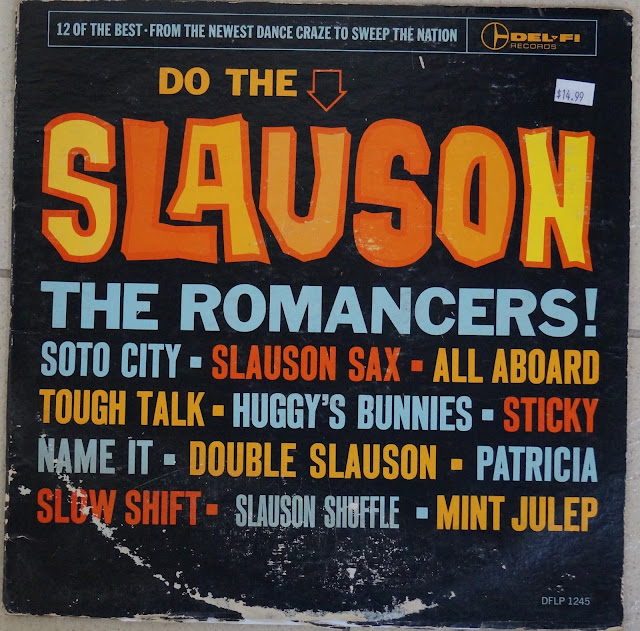 What I bought as a curio turned out to be a pretty bitchen instrumental album.  Lead guitar and dirty sax combo The Romancers were one of the first bands to emerge from the East Los Angeles Latino scene. 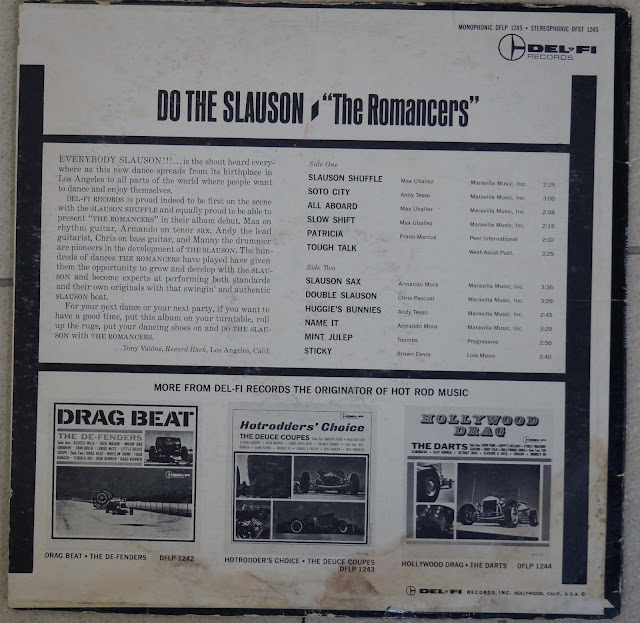 Released on Del-Fi.  A local label that tapped into the local car/surf scene. 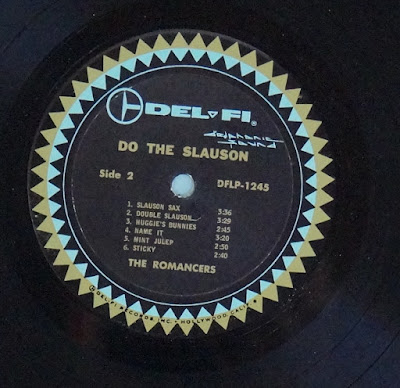