The Surfaris were a bunch of high school kids from Glendora, CA.   Closer to the Inland Empire than the beach.  Nevertheless, they released arguably the most definitive surf instrumental  - Wipe Out.

The single starts out with a board break, a laugh and someone saying 'wipe out.'   To those of you unfamiliar with Southern California surf slang, a 'wipe out' is basically falling off your surfboard and becoming a victim of the waves.

I never knew much about these guys - or even what they looked like - until I came across this record. 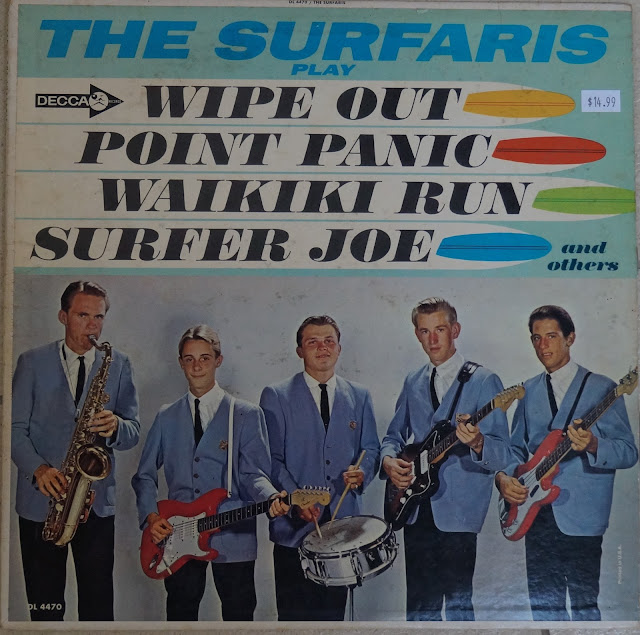 They never really did much else.   Surf instrumentals became the domain of The Ventures and Dick Dale.

The label calls the record simply Play by The Safaris. 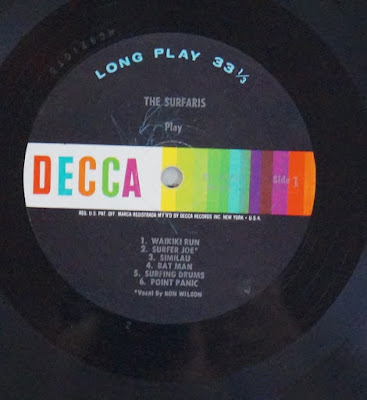